4 steps for tackling a difficult pose

We asked Olav Aarts for some advice about what to do when faced with a difficult pose in a yoga class. 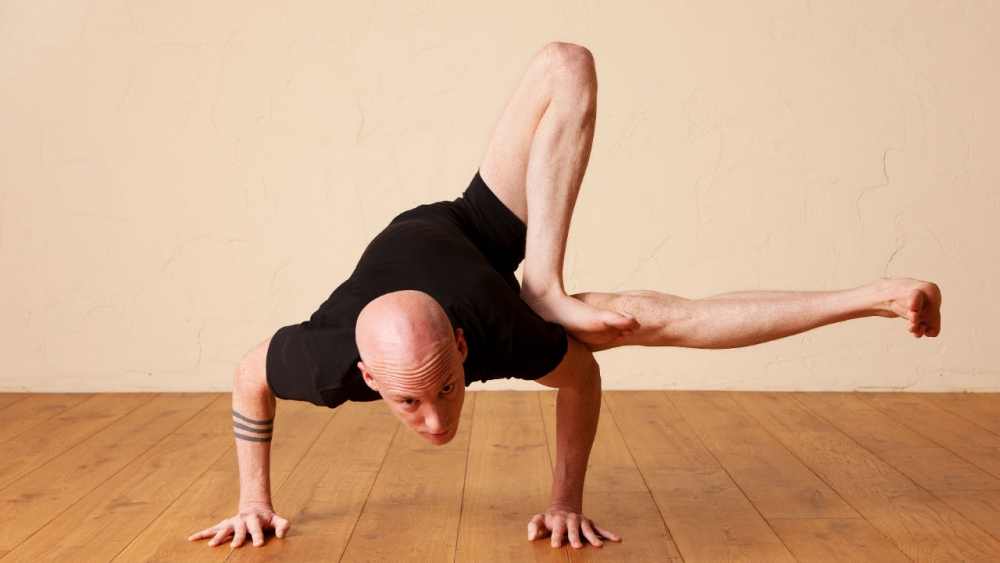 No matter who you are and how long you’ve practised yoga there will always be a pose that challenges you – and that’s a good thing! Yoga is not about being able to do everything perfectly straight away. Where would be the fun in that?

Yoga is not about touching your toes. It’s about what you learn on the way down.
SHARE QUOTE

Your “Difficult Pose” doesn’t necessarily have to be an advanced-level or super complicated pose. It could be a simple pose that is hard for your body type. Very strong people can have tight muscles as a result and have trouble with touching the toes. Or maybe if you’re naturally flexible, poses that require strength can be hard for you.

So whatever your difficult pose is, when it comes up in the class what can you do to keep yourself from giving up?

1. Overcoming the first barrier – The “I can’t” mindset

The next thing I do when I’m faced with a complicated pose is I just try the pose – and fail – utterly and terribly!

So try and fail. Why is failure good? Well, because you learn from it.
You learn your weak points, where you lack attention and so on.
So go for it – go full frontal and face it…and fail. Do it a couple of times – It’s wonderful and it will also make you humble.

3. Break the pose down

The next thing I do is break the pose down. I look at the pose and see what it’s made up of – if it is a combination of perhaps a forward bend and a twist.
Then I isolate those elements, so just do the forward bend of the asana or the twist of the asana and try to combine those elements gradually, bit by bit, part by part – like Lego.
So you break down the asana and build it up again until the pose becomes more accessible to you. If you try it all at once it can be too much information for the body. Just start with little steps until you are ready for it.

4. What if it’s just not happening today?

What if you’re following a class and some of the poses aren’t accessible – what can you do instead of that pose?

If a pose is too much of a challenge for any reason whatsoever – maybe a medical reason or whatever it is, just do something – anything. Don’t say to yourself “I can’t do this” and consequently, do nothing. There’s always something you are able to do in a pose. For example if it’s a forward bend pose, even if you are just folding forward two inches you are still doing something. Because the most important thing is not the asana itself nor its complexity, it’s the willingness to try and explore what works for you. So even if it’s just a fraction of a pose, that’s fine. You’ve kept the essence of the asana, you’re willing to explore something of yourself. At least that’s what I think!