The ever-popular EkhartYoga Blooper compilation is back for the third year running! 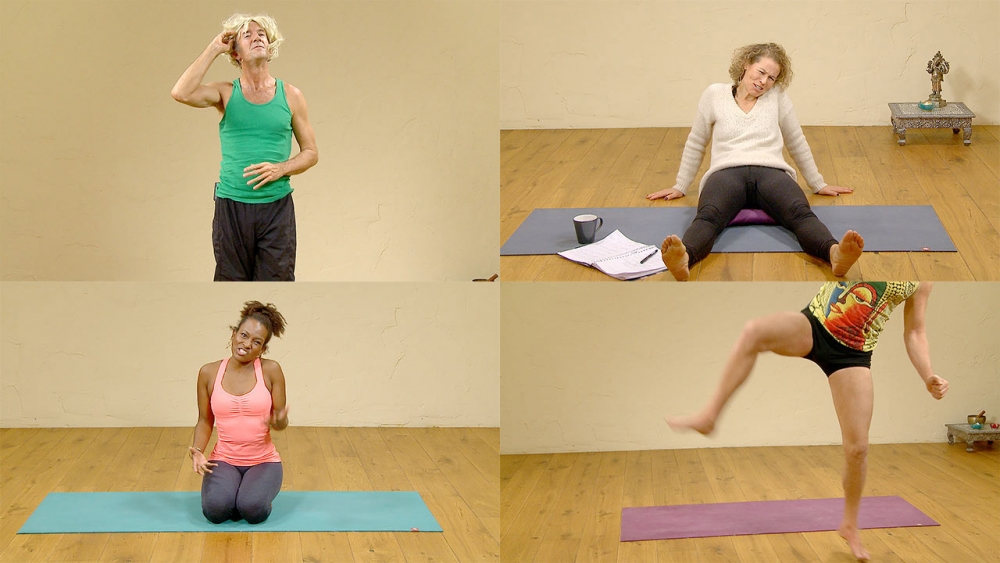 Expect some giggles and gobbledegook (not to mention a little bit of swearing!) in our funniest out-takes of 2015.

I’ve worked as the camerawoman for EkhartYoga for a number of years. At first I knew nothing about yoga but having spent literally thousands of hours behind the camera filming amazing teachers with seemingly endless creativity, I now love it.

I’ve noticed that our teachers have grown in their confidence and are much more comfortable in front of the camera and also with sharing their sense of humour (though to be fair David Lurey has never had an issue with showing his humorous side ;)).

Occasionally I’m on the other side of the camera – I did the 108 Sun Salutations alongside Jenny and Esther (which also features in the bloopers). It was strange for me to look in the camera lens instead of the viewer and I was conscious that I was less flexible than Jenny and Esther. However, hopefully, me being there showed that yoga truly can be available for everyone – even a camerawoman who spends most of her working life standing very still and very quiet so as not to disrupt filming 🙂

Anyway, on with the fun! As this time of year is traditionally a time for giving, I thought it only fair to share it with you! Enjoy!

p.s. For more fun, falls and fails, check out our other blooper videos