Enjoy this spicy and fresh Middle Eastern soup all year round. 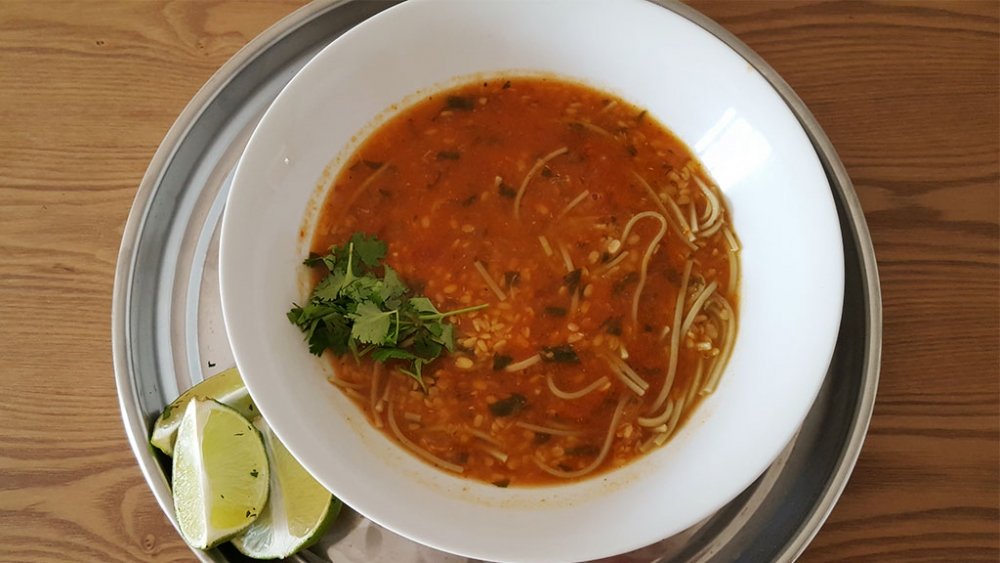 I have been making this dish a lot since the recipe was given to me by a friend. I’ve altered the spices and ingredients a little each time and this variation is my current favourite. You can find lots of versions of it online from different countries in the Middle East region and beyond. It’s often served at the end of the day during Ramadan as a nutritious way to break the fast.

The recipe I was given used whole dried limes (called loumi or lumi). You pierce the loumi and put them into the pot whole. When you serve the soup each person gets to squeeze the loumi into their own bowl. If you can get hold of the dried limes I think it makes it more special. However, I wanted to make a version you could make using ingredients found in most basic food stores so I switched the dried lime for fresh ones. Personally, I prefer the taste using fresh ones but you do miss the ‘ceremony’ of everyone squeezing their own limes! Fresh lemon also works well as another alternative.

Some versions I’ve seen add a handful of rice or other grains like barley, while others use more lentils which makes the soup thicker. I’ve added buckwheat noodles to mine. You could use other kinds of thin noodles, or just stick to the lentils and serve it with bread.

How to make it

The temperature of the soup is enough to cook the noodles and to draw out the flavour of the dried limes if you are using them. Serve hot and garnish with more coriander and black pepper.