Massage for your energy body

London based yoga teacher and massage practitioner, Spike, on the best forms of massage to support your yoga practice. 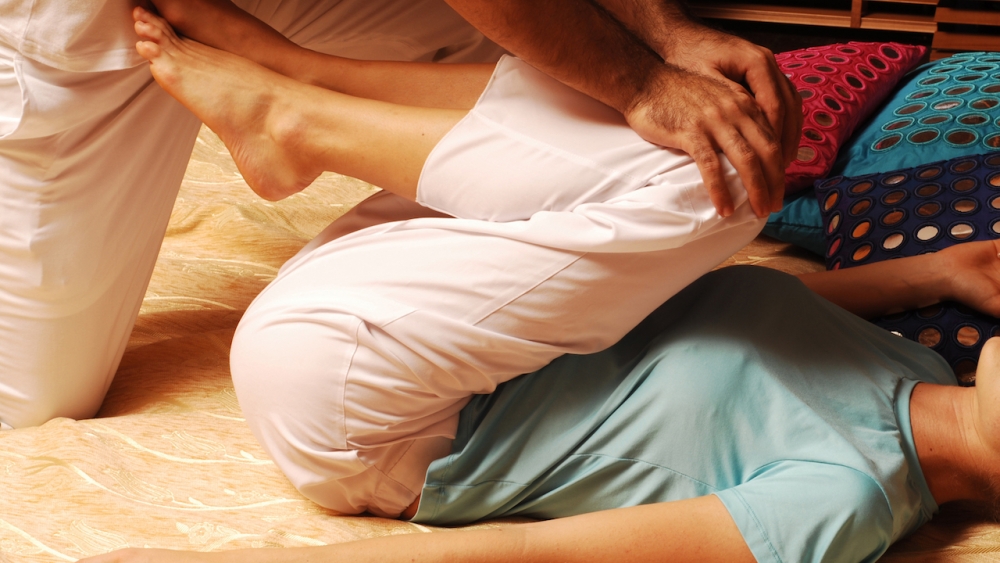 Massage can support our yoga practice by helping us to let go and to delve effortlessly into the inner experience of energy moving through our bodies. It can enable us to become more sensitive in our practice, and clearer about its riches. We all need human touch, and we could all use a helping hand to unblock our prana, so I encourage my yoga students to complement their yoga practice by surrendering from time to time to an hour or two of massage bliss.

What makes a massage special?

What is it that makes some massage treatments not just satisfying, but somehow extraordinary?  For me, any form of massage that recognises the energy body can, at best, go so much further than the purely anatomical approach. Don’t get me wrong, I love having my muscle knots deeply worked on and elbowed or knuckled into submission, but even more than that I love to receive massage from a practitioner who understands that not only my whole nervous system is capable of unwinding at a deep, primal level, but also that there’s an aspect of energy or spirit beyond that which responds to sensitive attention. Some practitioners can really ‘plug in’ to that awareness and use a whole repertoire of techniques, working with the breath and with the client’s unique rhythm, to effect  something marvellous. These are the massages that I remember for months afterwards with a sense of gratitude and wonder. These are the practitioners who make massage truly holistic.

Working with the energy body

Eastern forms of massage particularly work to balance the flow of energy, and so they have something to offer all of us who are interested in the subtle or spiritual aspects of yoga. When a massage student asks me ‘what does it mean to unblock the energy body?’ I sometimes start with the example of pressing or rubbing on a tense, sore muscle and feeling a flood of relief throughout the whole system. When I receive a good Thai yoga massage, and the practitioner applies a rhythmic compression to my arms, legs, feet or back, something deep inside me moves, releases, and seems to lighten and let go. I feel grounded and energised at the same time. A good massage always involves these apparently opposite experiences of lightness and groundedness, softness and vitality, tranquillity and alertness.

A good massage always involves these apparently opposite experiences of lightness and groundedness, softness and vitality, tranquillity and alertness.

It’s this balancing-out of sensation throughout the body and mind so that no part feels weak, numb or unconscious and no part feels hot, tight or overactive which is so conducive to healing. Often, too, there is a sense of a perfect ‘fit’ between the practitioner’s palm (or their forearm, thumb-pad, foot, or whatever other body part they are using) and the receiver’s body. Both for the practitioner and the client it can arrive as a wonderful ‘yes’ moment. Suddenly everything is aligned, connected, articulated. Add to this a practitioner who is listening whole-heartedly through their hands and who is offering a quality of attention that is mindful and responsive to our unique emotional and energetic state at any particular moment, and we can be transported. Whether we’re aware of it or not, we feel and experience each other on this subtle level all the time, and working with that awareness can make the difference between a good massage and one that is blissful and truly transformative. The experience is not just a physical relief, but a whole mind-body-spirit shift.

Some people understand energy as vibration, or as an aura that penetrates deep into the physical body and extends beyond it. It can also be understood as a flow of movement against resistance (so not just a flopping to the earth in response to gravity!), or as something more than the sum of all our physical bodily systems such as respiration, circulation, lymph flow, hormonal changes, and so on.  In yoga we might call it prana, life force or cosmic energy. In Chinese medicine it might be called ch’i, it is often referred to as qi in Japan, and in Thai massage it is known as lom. This ‘air’, or energy, flows through channels which in traditional Indian medicine connect at the chakras, particular points of energetic intensity.

Although each system of massage is separate and distinct and should be understood in its own right, the ‘sen’ lines (energy lines) of Thai Yoga Massage overlap at points with the yogic nadis and the meridians of shiatsu. When a Thai Yoga Massage practitioner works on you, you might feel a correlation between the energy lines and the deeply releasing physical sensations you experience while holding a yoga posture. lndeed, your practitioner may well take you into a series of passive stretches that perfectly correspond to yoga postures such as Cobra, Tree Pose, Revolved Triangle, Warrior Two, Happy Baby, and many more.

In both Shiatsu and Thai Yoga Massage, according to the client’s needs, different energy lines might be worked on to a greater or lesser degree during a massage in order to bring about more balance and healing on physical, emotional, psychological and energetic levels. For example the Thai Yoga Massage energy line called Kalathari is often referred to as the emotional line. At its end points it radiates out like the rays of the sun through the hands and feet to the fingertips and toes.  If I have a client who has received an emotional shock or has been under great stress, it makes sense to me on an intuitive level, as well as theoretically, to work this line several times over in a rhythmic and supportive fashion.

I love both Thai Yoga Massage and Chavutti Thirumal because both systems work deeply on the energy body. Chavutti thirumal, sometimes called Keralite foot massage or Kalari, is from Kerala in southern India, and is part of the tradition of both classical dance and martial art in the region. The masseur uses their feet to iron out the receiver’s body in long sweeping strokes while holding onto a rope that descends from the ceiling for balance. The massage reaches far into the energy body to balance the flow of prana. It can be a blissful and deeply connecting experience: at some stage in the massage the practitioner will use the instep of their foot to sweep from the recipient’s fingertips right down the arm, the torso and the leg all the way to the toes in one long continual stroke. I find the powerful, swirling patterns and the focussed attention of this type of massage to be nourishing both to give and to receive. Similarly, Thai Yoga Massage, which is also performed with the receiver lying on a mat on the floor, can become a graceful and intimately patterned, rhythmic dance between giver and receiver. Thai Yoga Massage is believed to have originated in northern India and to have spread from there to Thailand with the expansion of Buddhism. The story goes that it was a personal physician to the Buddha, a monk called Komarpaj, who developed the techniques. To this day it is often practised in the grounds of temples in Thailand.

So yogis, seek out your favourite massage practitioner, take along an eye mask and an open heart, and let your energy flow!

Try out some of the Thai Yoga Massage classes on EkhartYoga.com with David Lurey: Thai Massage supine – Face up

Spike is a London-based yoga teacher and massage practitioner, and the creator of ‘Yoga Fusion Massage™’, which she teaches to practitioner level . She is also a qualified spiritual healer.