Four Ayurvedic teas to neutralise qualities of the Kapha dosha, likely to be in excess during Spring. 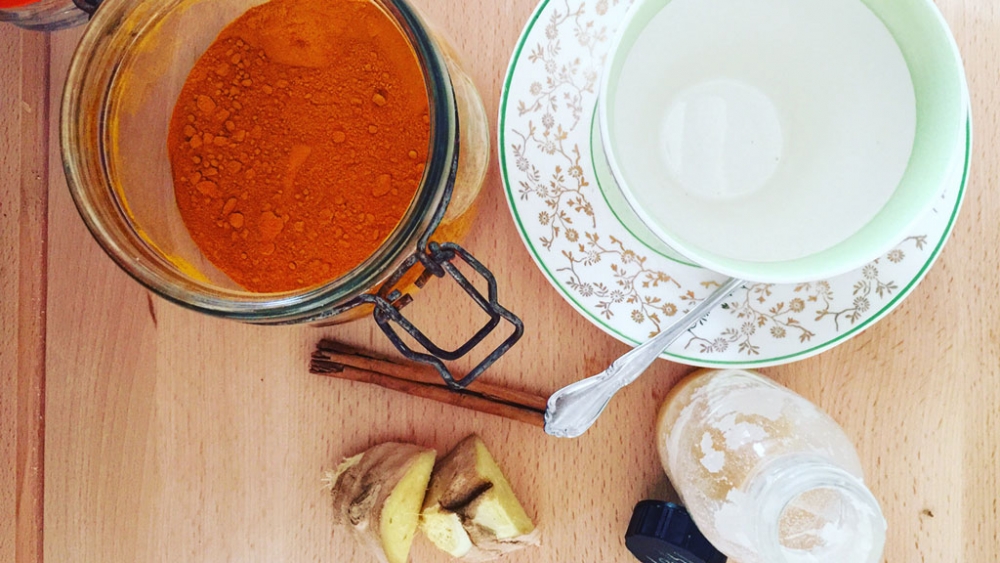 Tea has long been used for all manner of purposes, from medicinal to ceremonial, and for the health of both the body and mind. Eastern cultures are particularly fond of tea, and Ayurveda specifically uses tea to help balance the three doshas: Pitta, Vata and Kapha. Just as we might choose a warming, nourishing cup of milky chai in the Winter, and a cooling cup of mint tea in the Summer, Ayurveda recommends using different teas according to how the body feels day-to-day and depending upon whether we require stimulation, relaxation or rejuvenation.

Spices such as ginger, black pepper and cardamom are brilliant for stimulating digestion, whilst cinnamon is a wonderful blood sugar balancer. Cloves have been used for hundreds of years as a natural pain killer, and turmeric has regained popularity over the past few years as a superfood for calming inflammation and encouraging regeneration of healthy cells. Importantly, turmeric is absorbed far more efficiently by the body when black pepper is added to it, as the curcumin contained in turmeric combines with the piperine in black pepper to form a compound that is even more beneficial than turmeric alone.

The following recipes all contain ingredients which can help reduce or neutralise qualities of the Kapha dosha, which is likely to be in excess during Spring. Milk or non-dairy milk can always be added for extra nutrients, however milk is known as a ‘builder’ in Ayurvedic medicine – not a cleanser. It is used primarily before cleansing processes, in order to build strength and ojas (vital essence) and is, therefore, best used when you need a little extra support and strength, or have excess Vata, or at times of year such as Autumn and Winter. Buttery teas originate from Tibet, where Yak butter is often used in tea as a way to help provide the much-needed nutrients to help survive the hardships of cold, rugged, mountain living. As a dairy product, Ghee is also thought of as a ‘builder’, but has special qualities according to Ayurveda, such as its ability to help transport nutrients deep into the body’s tissues.

Method: Place the ginger, cinnamon and black pepper into a pan and cover with 1 cup of water. Bring everything to a simmer and allow the ingredients to infuse whilst simmering for around 10 minutes Strain the liquid into a cup and add the honey to sweeten.

Method: Add the ginger and lemon zest to a pan and cover with 1 cup of water. Bring the water to a simmer and allow the ingredients to infuse whilst simmering. After 10 minutes, add the lemon juice. Pour into a cup and add the honey to sweeten.

Method: Add the cardamom, black pepper, cloves and cinnamon to a pan and cover with 1 cup of water. Bring everything to a simmer and allow the ingredients to infuse for 10 minutes whilst simmering. After 10 minutes, pour into a cup and add the honey and milk if desired.

Method: Add the turmeric, cinnamon, ginger and black pepper to a pan and cover with 1 cup of boiling water. Bring to a simmer and allow the ingredients to infuse whilst simmering for 10 minutes. After 10 minutes, pour the liquid into a cup and add honey to sweeten, and the optional milk or ghee.

Emma NewlynEmma is a 500hr registered yoga teacher, writer and holistic therapist based in Sussex, UK. With a passion for yoga philosophy and Ayurveda, she loves bringing these ancient methods to the modern world in an accessible and easy-to-implement way through her writing and courses. Emma leads the Yoga, Ayurveda & Holistic Health course in person the UK and also online Modern Ayurveda & Holistic Health courses, giving students tools and techniques to enhance their health and wellbeing. www.emmanewlynyoga.com
Follow
Ayurveda
Play
Pause
Connect
Support
About
Apps