Afke has a sweet, positive energy and a contagious smile. She teaches Hatha Vinyasa yoga, Yin yoga and mindful meditation

In her yoga classes, Afke focuses on moving with the breath – the breath is the base. Her motto is:

“Don’t take life too seriously but do take your heart seriously. Take time to practise and to live your life as close to your true self as you can.”

Afke’s pre-yoga career was in film and TV, modelling and the arts scene. However, her ‘rockstar’ lifestyle began to feel more and more superficial and she started to long for a healthier and more authentic way to live.

She gave up all previous attachments – her relationship, work, house, glamorous life – and started travelling the world humbly. Whilst exploring many cultures, peoples and places, she reconnected to the world around her. She found so much joy in nature, in stillness, in being pure… and yoga entered naturally as a daily practice. In her longing for freedom, yoga became a profound structure; the fertile ground where she could plant her seeds – seeds that not only would serve her but also others.

Practice Afke’s classes as part of your EkhartYoga membership.
Not a member yet? Try us out with a two-week free trial. 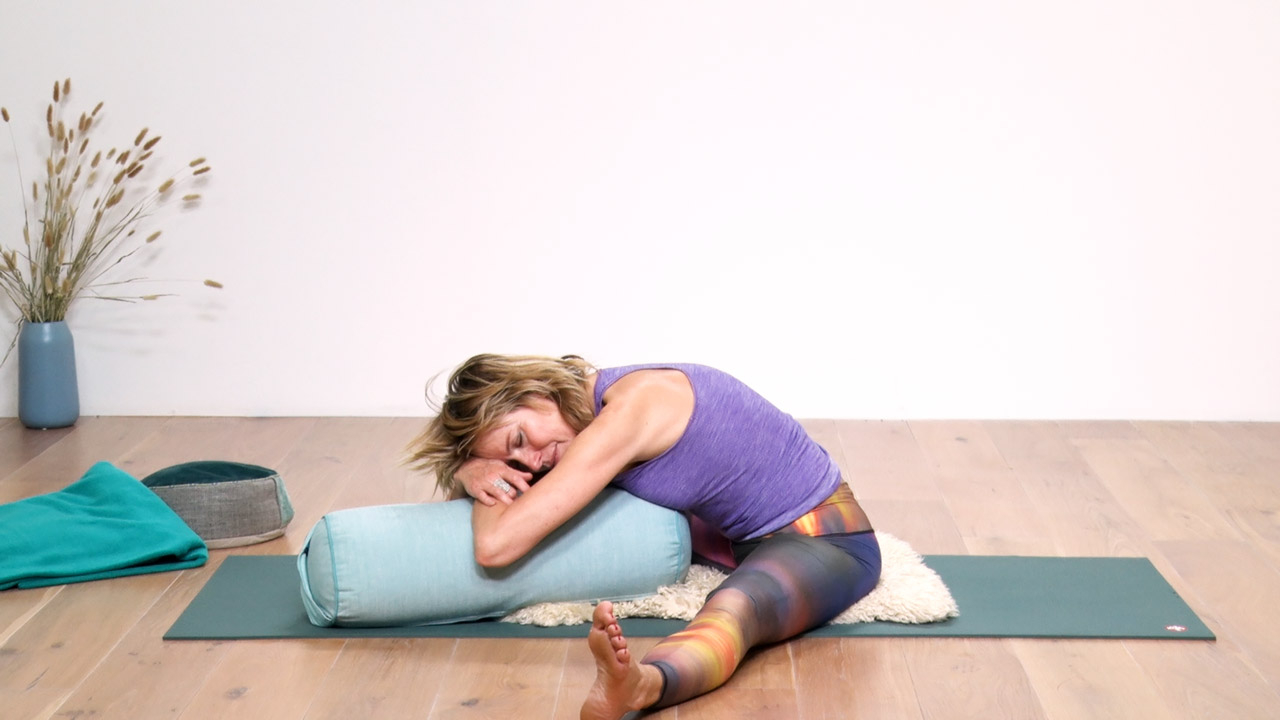 28:10
Yin yoga for better sleep
Afke Reijenga
Yin Yoga, Restorative
This is a Yin yoga session designed to help you get a good night's sleep. It's especially helpful to practice if you had a busy day and need to calm down and ground your energy system and body. We start with a short foot massage which helps to bring the energy down. After, we will do some forward bends, a happy baby posture, twists... and you will sleep like a rose! Props: a bolster or some pillows, and a blanket.
All levels 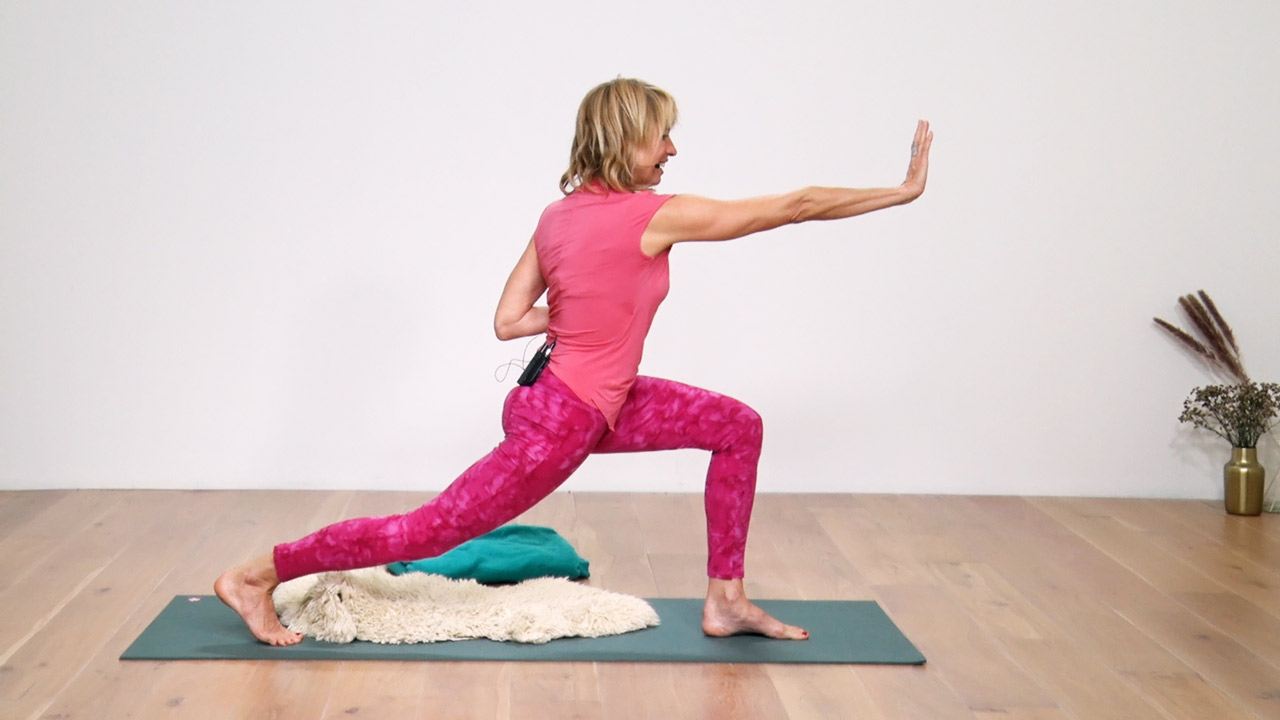 29:42
From head to heart
Afke Reijenga
Vinyasa Flow, Slow Flow
Yoga chitta vritti nirodha: 'Yoga stills the fluctuations of the mind' is one of the Yoga Sutras of Patanjali. In the gentle session we move from the head to the heart with breath and movements. This is a delicious sequence where we move gently and with ease. At the end of practice you will feel energized and relaxed because the mind will feel calmer and the body more alive.
All levels 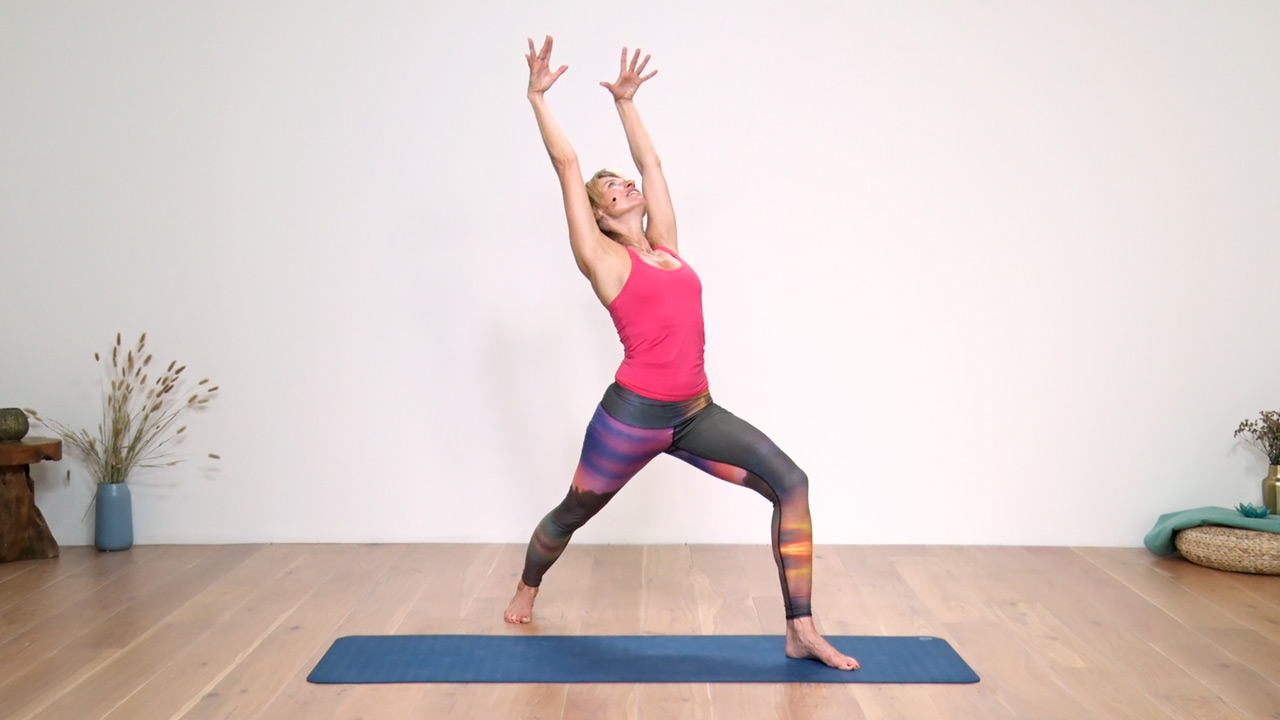 26:25
Standing flow - Part 2
Afke Reijenga
Slow Flow, Hatha
This is the second class in a standing flow which forms part of an ancient tantric yoga sequence named The Five Element Form (and also the Dance of Shiva and Shakti). The movements resemble Hatha yoga postures and movements from Tai Chi. It's a sequence that helps to connect the body and the mind and invite harmony. There are no Downward Facing Dogs but lots of circling movements to nourish the joints. I love this practice in the morning but it's also a nice class to do during the day. No mat required! Part 1 and Part 2 can be practised together or alone. Part 2 is a little more active than Part 1.
Play
Pause
Connect
Support
About
Apps