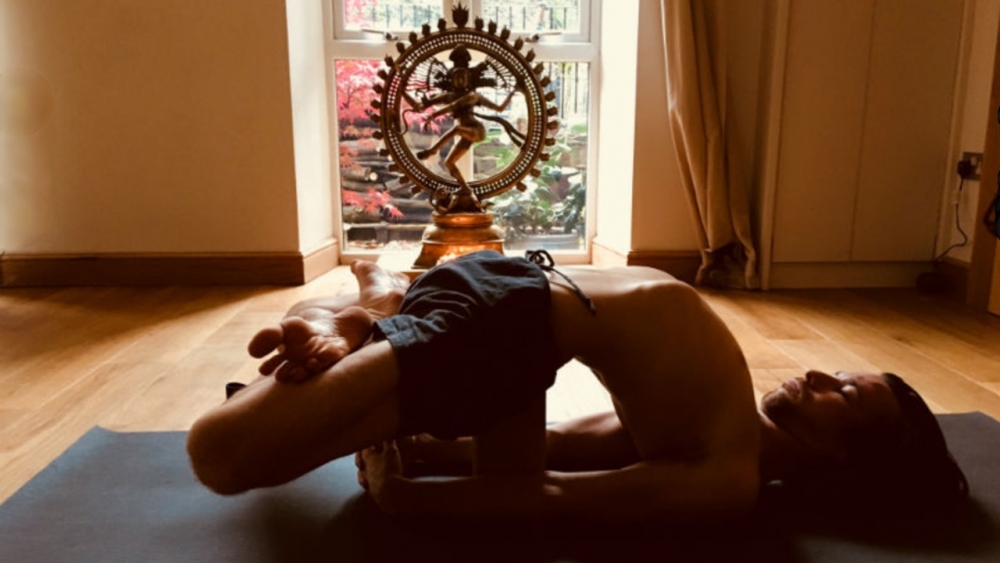 Is it ok to use yoga props in Ashtanga yoga?
Joey Miles
Share to... 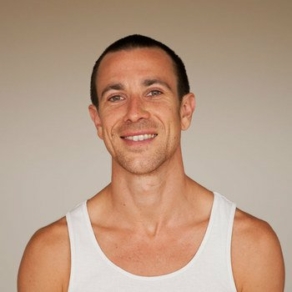 Joey’s teaching is rigorous and playful and his intention is to bring clarity and emphasis to sound alignment within the Ashtanga system.

Joey came to yoga after a misspent youth pursuing the circus, martial arts and physical theatre. At Goldsmiths University of London he directed the Yoga Society for 3 years and sat regularly with the FWBO (Friends of the Western Buddhist Order). After completing his degree in Drama he became an assistant to Hamish Hendry at Ashtanga Yoga London, during this time he studied annually with his Guru the late Sri K. Pattabhi Jois in Mysore and in 2004 was authorised to teach the Primary Series.

In 2009 Joey moved to Leeds where he set up and continues to run Yorkshire’s first 5 day a week Mysore program: Ashtanga Yoga Leeds. In 2012 Joey assisted Sharath daily at the KPJAYI for a month and was given Authorisation level 2 (blessing to teach the intermediate series), on his most recent trip to Mysore in 2014 Joey completed the Advanced A series – it was hard! 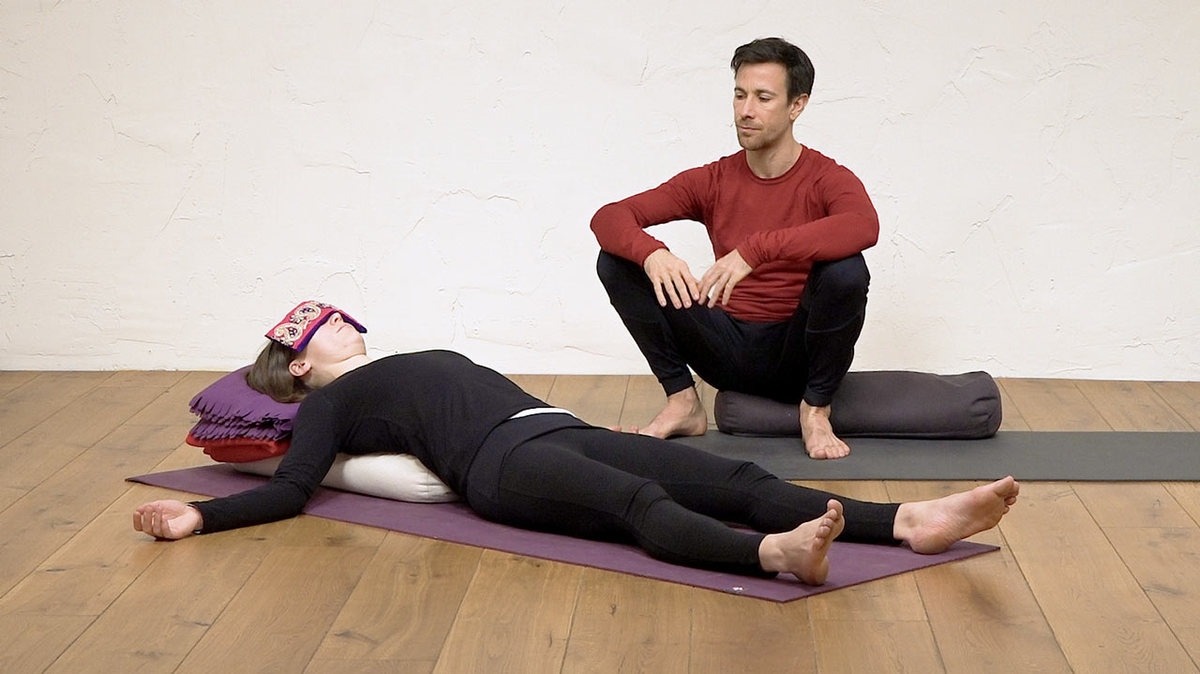 25:26
Reclined Pranayama
Joey Miles
Restorative, Pranayama
Working from a reclined position on a bolster to give more space and openness to the chest area, Joey begins with a body scan before guiding you through you through a relaxed breathing practice called Viloma Pranayama (interrupting the breath). Bolster and blankets needed.
1/2 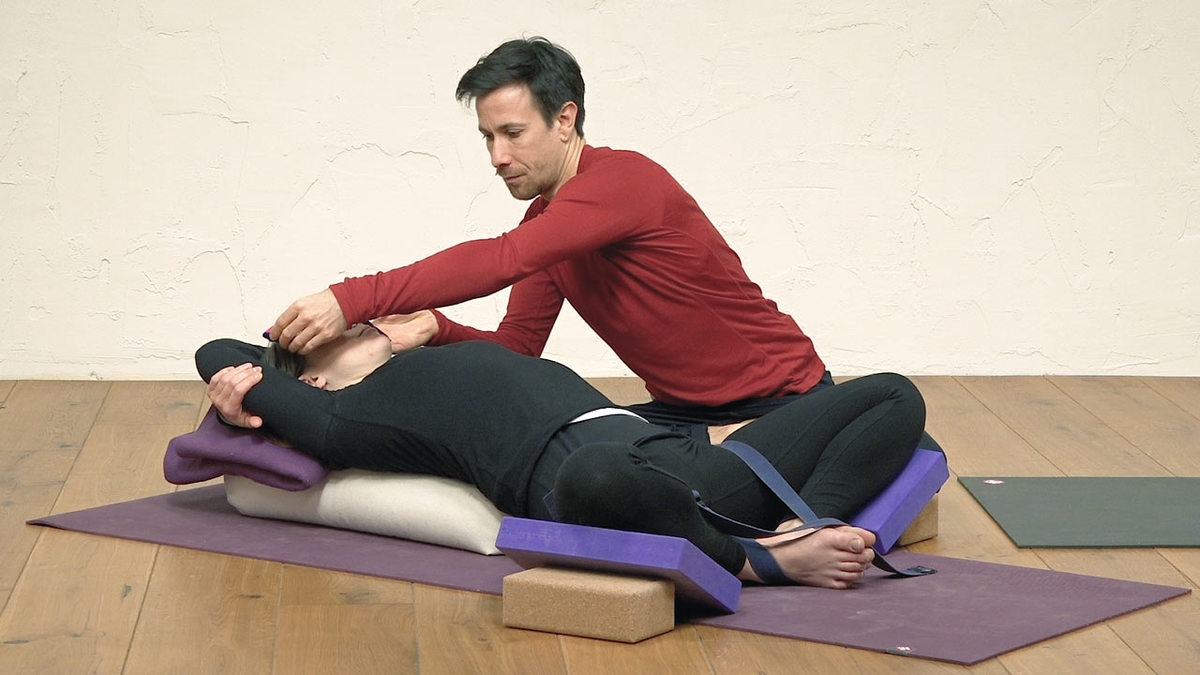 14:17
Relax deeply with Supta Baddha Konasana
Joey Miles
Restorative
Joey shows you some options for a key supine pose - Supta Baddha Konasana - (Reclined Bound Angle pose) to help you relax and restore deeply. You'll need a bolster or pillow, a couple of blocks and a belt.
All levels 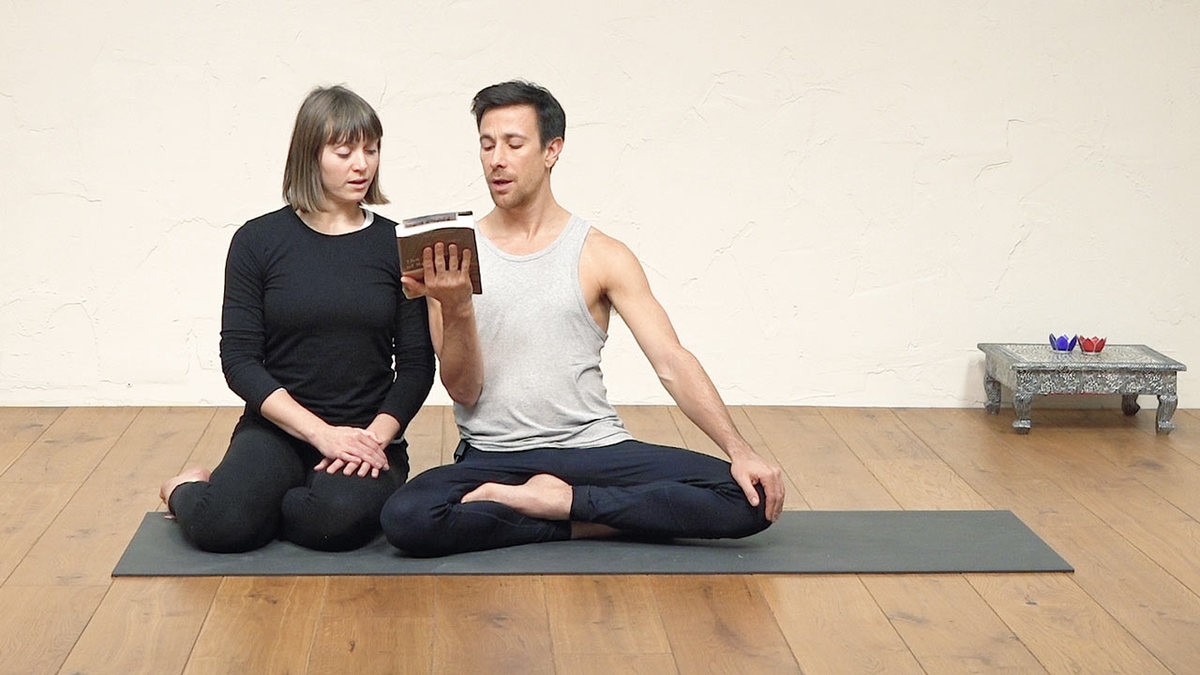 14:58
The heart of recognition
Joey Miles
Talks
Introduction to Kshemaraja's Pratya bijna hrdayam - The Splendour of Recognition - chanting. Unfortunately, the text Joey uses is now out of print but he refers to another book by Christopher D. Wallis which is called 'The Recognition Sutras: Illuminating a 1,000-Year-Old Spiritual Masterpiece'.

Is it ok to use yoga props in Ashtanga yoga?