An Introduction to Kirtan: The songs of yoga

What is Kirtan and why is it described as medicine for the soul? 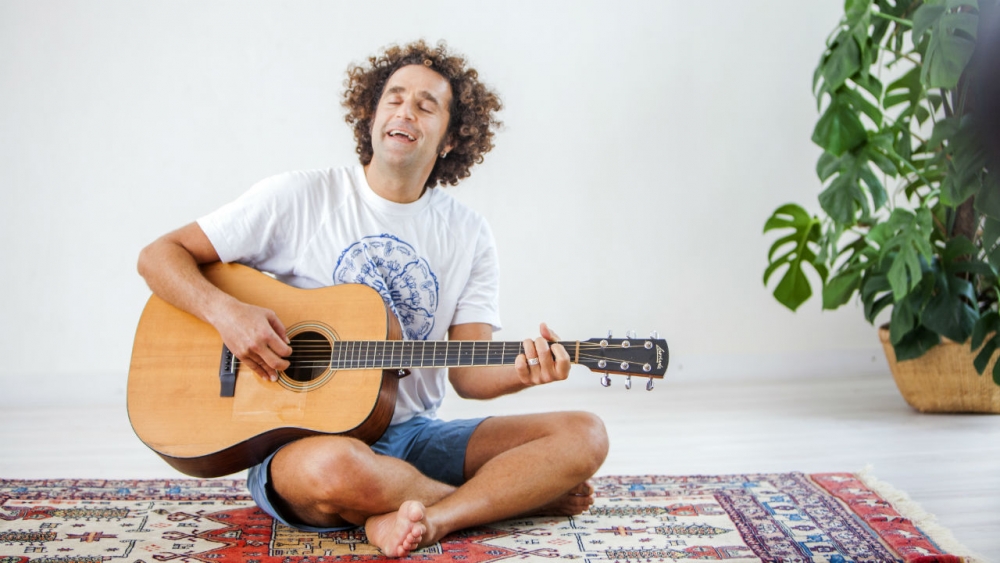 A world away from pitch-perfect choir singing or auto-tuned pop melodies, Kirtan is more about the intention of making sound, how you feel whilst you’re making it and the effects that ripple out from there. Kirtan doesn’t have to sound harmonious and like most things, it’s not about what you do but the way you do it.

The word kirtan, or kirtana, means ‘telling, narrating, enumerating or describing’ and originates from the Vedic period, where it was first written as anukirtana or anukriti, meaning a ‘re-telling’. These anukirtanas would re-tell the ancient vedic hymns and passages. As was the way with the ancient world, everything was transmitted orally via spoken Sanskrit until the Vedas (knowledge) were written down by sages and scholars. The root word kirt, can be found in these ancient Vedic texts and is also known to go by the name sankirtana, meaning ‘collective performance’. Kirtan is an important aspect of yoga and one which holds so much potential for awakening and transformation.

The ‘language of the divine’

The ancient Sanskrit language is both mathematical and vibrational, meaning each letter, syllable and word has a specific meaning and effect when it is sounded out loud. Often noted as a religious and ceremonial language, Sanskrit is also revered as the ‘language of the divine’. Considered the ‘perfect language’, the correct pronunciation of each word is said to create a vibration throughout the universe that makes contact with the subconscious mind and the world around us.

Kirtan differs from mantra, in the way that mantras are often intended for personal use, whereas kirtan is all about community. A coming together of people, the sankirtana chants are usually sung in call-and-response style and derive from religious ceremonies or celebrations. Kirtan was really born and raised by India’s bhakti traditions, with bhakti referring to devotion and love, and many of the chants focused upon the devotion and love towards a deity or the divine. After the 12th century in India the bhakti tradition grew rapidly, since then it has spread across the world and is now prevalent in the West.

Medicine for the Soul and Music for the Mind

Singing is inherent within everyone who has the ability to make sound – no matter whether it’s tuneful or not! The background of singing is so ancient that it pre-dates any recorded history and was used long before formalised speaking. A voice that sings allows expression to flow, and emotion to be released, which is perhaps why we need this aspect of yoga now more than ever in the modern day world.

The various chants sung together or mantras uttered alone, could be thought of as ‘medicine for the soul’, as the word mantra is made up of two halves; man, the root of manas, meaning ‘mind’, and tra, meaning vehicle or instrument, referring to a chant’s ability to transport the mind from one state to another. When we chant in a group, music’s ability to bring people together allows the energy of the whole room to be transported to another level.

When we chant in a group, music’s ability to bring people together allows the energy of the whole room to be transported to another level.
SHARE QUOTE

Kirtan in the modern world

Traditionalists and modern day yogis are often at odds when it comes to descerning what is ‘right’ and ‘wrong’ with yoga today. However, if authenticity is part of yoga, then does it really matter whether a chant is strictly adhering to tradition, or does the intention of the chant – modern or ancient – matter more?

The modern kirtan movement is a great way to immerse ourselves in traditional spiritual practices. “It connects us to the roots of the tradition in a way that speaks to our Western mind-set and rock and roll hearts”, says Alanna Kaivalya, in her book Sacred Sound; “Music brings our spirit to life, and as untraditional as a modern expression of kirtan may seem, it holds the relevant thread of the great tradition it comes from”.

Deva Premal (who chanted the Gayatri mantra throughout childhood as a bedtime song) is perhaps currently one of the most well known performers to bring kirtan into modern western culture, as well as Krishna Das, Jai Uttal, Donna De Lory, David Newman, and even MC Yogi. “In kirtan, we sing our praises to the divine in the many forms in which it manifests,” Deva Premal says, and having attended a live kirtan and performance with her, there is certainly an element of the divine when the whole auditorium is chanting with her.

Bhakti yoga, The Beatles and kirtan

Of course, George Harrison was one of the original westerners to embrace the essence of bhakti yoga, and when he released his single The Hare Krishna Mantra in 1969, the essence of bhakti, chanting and yoga itself made its way into the public awareness. Bhakti yoga and kirtan are said to be able to ‘take one immediately to the spiritual platform’. “The response that comes from chanting is in the form of bliss, or spiritual happiness, which is a much higher taste than any happiness found here in the material world”, George Harrison said in an interview with Mukunda Goswami in 1982. “That’s why I say that the more you do it, the more you don’t want to stop, because it feels so nice and peaceful”.

The energy created by the different voices, bodies and minds all chanting and directing their energy towards the same thing is enough to make anyone understand why this is true medicine for the soul.
SHARE QUOTE

The feeling of chanting with others in a kirtan is certainly like no other sensation. The energy created by the different voices, bodies and minds in the room all chanting and directing their energy towards the same thing is enough to really make anyone understand why this is true medicine for the soul. Mantra and kirtan are such a wonderful part of the whole of yoga, and gathering together with others to chant brings a whole new dimension to a practice that has so much potential beyond the yoga mat.

Ganesh is known as the ‘remover of obstacles’ and his name is usually chanted at the beginning of events, journeys, ceremonies or before writing a letter or book.

One of the oldest recorded prayers in history, the Gayatri Mantra invokes the energy of the divine light within the sun, and asks it to illuminate our consciousness and ability for self-realisation.

Sometimes we all need a little strength and courage, patience and compassion, which is what chanting to Durga can bring about. Durga is a representation of the divine feminine and mother goddess, who is particularly powerful and fiercely protective.

More mantra and music on EkhartYoga

Emma NewlynEmma is a 500hr registered yoga teacher, writer and holistic therapist based in Sussex, UK. With a passion for yoga philosophy and Ayurveda, she loves bringing these ancient methods to the modern world in an accessible and easy-to-implement way through her writing and courses. Emma leads the Yoga, Ayurveda & Holistic Health course in person the UK and also online Modern Ayurveda & Holistic Health courses, giving students tools and techniques to enhance their health and wellbeing. www.emmanewlynyoga.com
Follow
Spirituality
Play
Pause
Connect
Support
About
Apps