Are emotions stored in the hips?

You've probably heard that emotions are stored in the hips. But how does this happen and how can we release them? 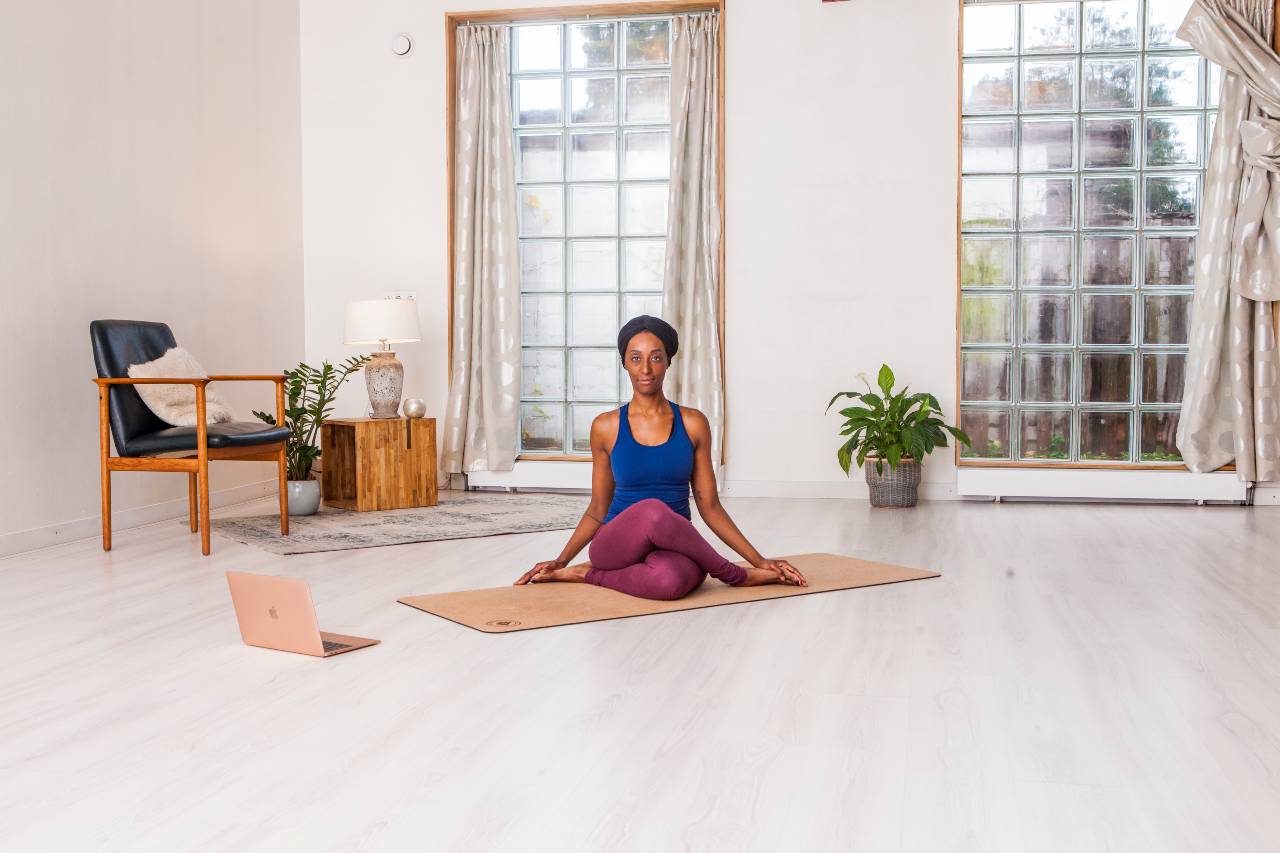 How many times have you heard the phrase “emotions are stored in the hips” during a yoga class? I’m willing to bet: a lot! You may have even experienced a release of sadness, fear, frustration, anxiety, anger … yourself during a long-held Pigeon or Cow face pose.

But why? What is it about the hips in particular that amass such deep reserves of emotion? First, we’ll take a look at how hips can become ‘tight’ and why…

What are ‘tight’ hips and what causes them?

‘Tight hips’ is a term often used to describe tension or even pain down the top, front or the sides of the legs that feels as though whatever’s in there is so short it will never loosen or lengthen.

In Western cultures, tight hips are common. This is partly due to our excessive sitting, rather than squatting regularly like many Eastern and indigenous cultures do. But whether we’re sitting, standing, walking or running, our legs are always working to support our upper bodies and this constant effort can make hip muscles chronically tight.

Physical tightness in the hips has become normal. And along with it is the increased potential for emotion to become trapped inside.

A word on ‘hip-opening’

Before we dive deeper, I’d like to clarify what we mean by ‘hip opening’ – another term you’ve probably heard a lot in yoga. ‘Hip-opening’ is confusing; it implies that our hips open like a door or book, which suggests that our range of motion is limited to how wide we can open our legs. In fact, hips are ball and socket joints, which means they are able to do circumduction, i.e. move in a circle. So ‘opening our hips’ actually means creating mobility in all directions.

What affects our range of motion?

There are two physical factors which can limit our range of motion, or how ‘open’ our hips are:

People’s skeletons vary hugely in terms of the width and angles of pelvis and femur, and how they unite. Deep external rotation for one person is shallow for the next. Your Pigeon pose looks completely different to mine – and so it should. Our bodies are also asymmetrical – think of how often one side often feels ‘easier’ in a pose than the other.

How emotion gets trapped

When we’re angry, stressed, threatened, scared or even surprised, we often – unconsciously – clench our jaw or fists. We mobilise our hips to take flight (run away) or fight, or we bend forward and raise our knees to protect our core. This clenching and crunching is even our natural response even when someone launches a tickle attack!

Watch any toddler; when they’re sad, mad or frustrated, they curl up and cry. Adults do the same (though we may not do it as loudly or publicly) when we receive bad news. Activating the hip flexors to get foetal is an inherent reflex action.

No matter how real or serious (or not) the threat or perceived drama, drawing the knees in starts at the hips. And when the muscles clench, they shorten. If the tension is never fully released, not only is muscular tension trapped – so too is deep, cognitive emotion.

During the event that causes the hips to physically tense, our brain launches its custom cocktail of chemistry to inform the nervous system. The residue of this is emotion is stored – you’ve guessed it – in the hips.

Working on the deep tissues in hip-focused postures such as Single and Double Pigeon asanas can release both physical and emotional tension. On a physical level, this can help free the spine and legs, increase mobility and improve overall health.

Stretching the hip muscles causes a release; pent-up emotions may resurface, suppressed memories may arise, unconscious tension still held onto from a traumatic event may bubble up. All of which may unleash a seemingly inexplicable barrage of tears. So along with ‘opening the hips’, it can seem as if we’re opening Pandora’s Box.

My Yin teachers say that one of the primary purposes of the practice is to teach us to become comfortable with discomfort. Practicing hip-focused poses may indeed feel like we’re opening Pandora’s box. But if we approach them with acceptance, presence and softness, the benefits of doing so far outweigh any short-lived discomfort we may experience.

Slow flow for your hips with Sandra Carson

This slow flow will take you into your hips with a combination of movement and holding poses. A sweet series of asanas will warm and ground your body, so you’ll feel relaxed, open and alive after the practice. Gradually moving a little deeper into the poses, you will end with a delicious Savasana at the end of class. 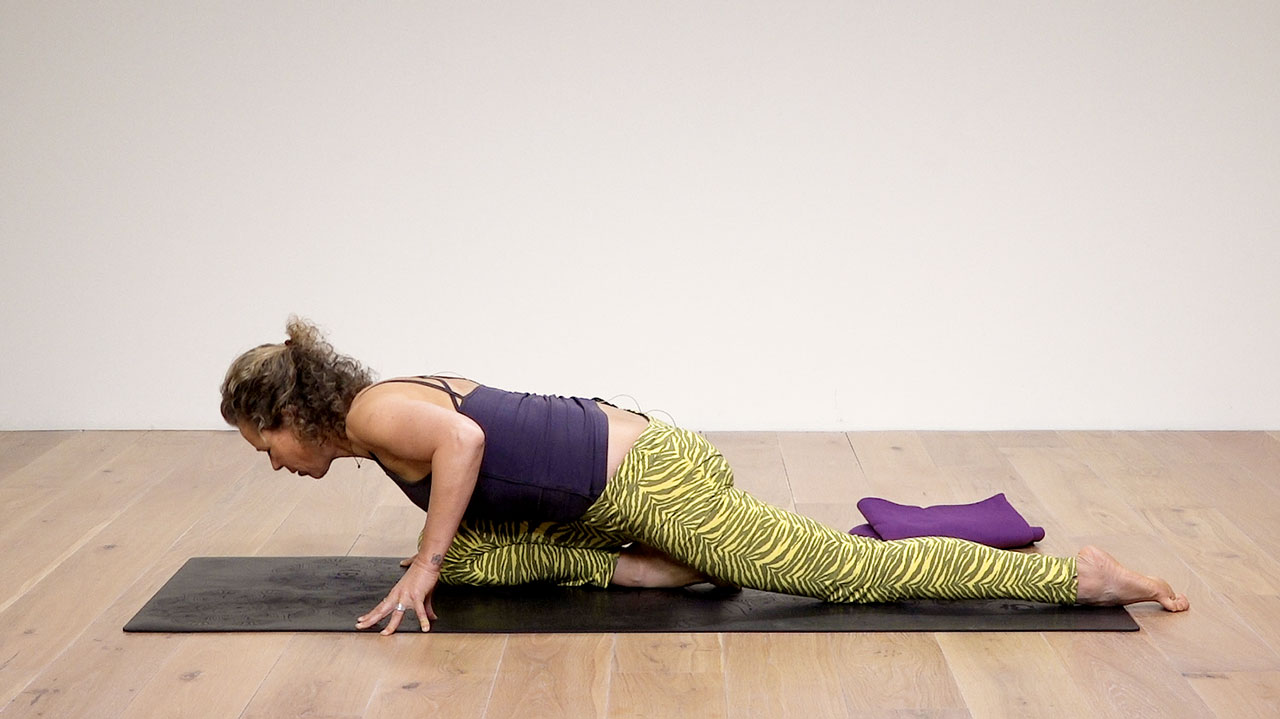