We have, on average, about 70,000 thoughts a day...that’s a LOT of thoughts! So how do we train our ‘monkey minds’ to stay focused? 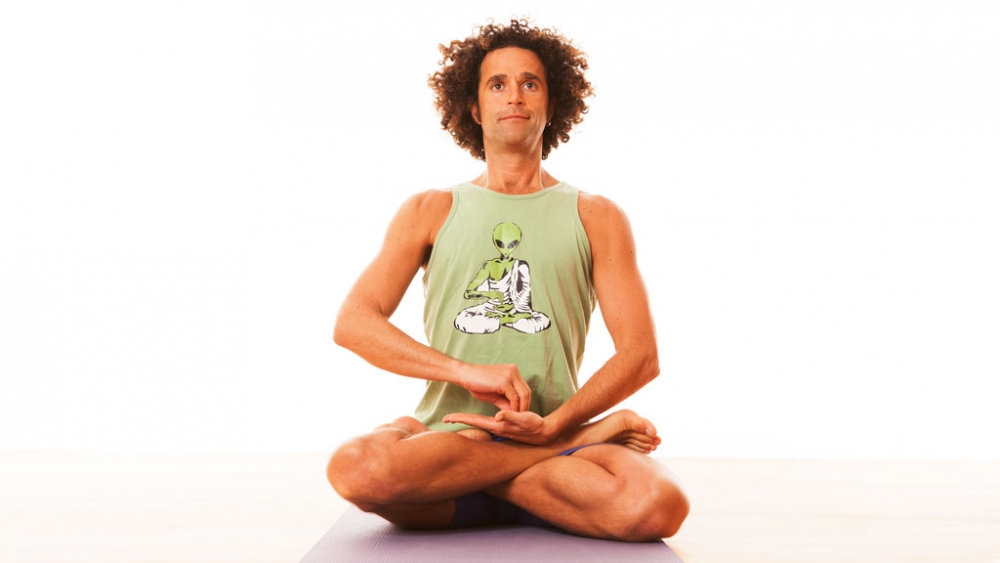 …Practising Dharana, the sixth limb of the Eight Limbs of Yoga, might just be the key…

Dharana means ‘focused concentration’. Dha means ‘holding or maintaining’, and Ana means ‘other’ or ‘something else’.

Each limb of the Eight limbs of Yoga prepares us for the next. Whereas Pratyahara teaches us to withdraw our focus from the external to the internal, the practice of Dharana teaches us to ‘zoom in’ so we’re able to focus on one thing alone.

This, of course, is not an easy thing to do! Most of us have experienced what we call in yoga the ‘monkey mind’ – restless thoughts jumping around like clamorous monkeys leaping from tree to tree – so it takes some discipline and patience to learn how to focus our attention on a single thing.

It’s impossible to ‘empty’ the mind but we can train it to become so completely and utterly absorbed with one thing that we lose all sense of time and space and most significantly, Self.

It’s impossible to ‘empty’ the mind but we can train it to become so completely and utterly absorbed with one thing that we lose all sense of time and space and most significantly, Self.

At some point, we’ve probably all had the experience of ‘losing track of time’ because we’ve been immersed in something that has held our undivided attention – perhaps watching a beautiful sunset, weeding the garden, working on a project at the office, gazing into our newborn baby’s eyes…

Often these moments are entirely unplanned.. One minute we’re tackling the task at hand, the next, 3 hours have flown by and we don’t know where the time went. However, it’s often when we consciously set out to focus our attention while sitting quietly that the mind decides it doesn’t want to play ball.

Your personal guide for online yoga

Tratak (candle gazing), visualisation, focussing on the breath or the vibration of a sound or mantra can all be helpful practices of Dharana.

As Marlene points out, it’s only when there is no effort that we are able to become so fully absorbed in the thing we are focusing upon that we become one with it. One-pointed focused concentration needs intention, relaxation, softness, and ease – and for these to arise, we also need patience and practise.

More on the Eight Limbs of Yoga…

Guided programme: for a good grasp of each of the eight limbs through informative talks, yoga, Pranayama and meditation, EkhartYoga members can follow our Eight Limbs of Yoga programme.

Kirsty TomlinsonKirsty took her yoga teacher training with Esther Ekhart in 2013 and moved to the Netherlands from the UK to work for EkhartYoga in 2015. She's previously worked in publishing, graphic design and legal recruitment. Her role at EkhartYoga is a varied one - content creator, teacher manager, copywriter, and dog lover. You may recognise her beloved canine, Hunter, hogging the limelight in several of our classes!
Follow
Play
Pause
Connect
Support
About
Apps