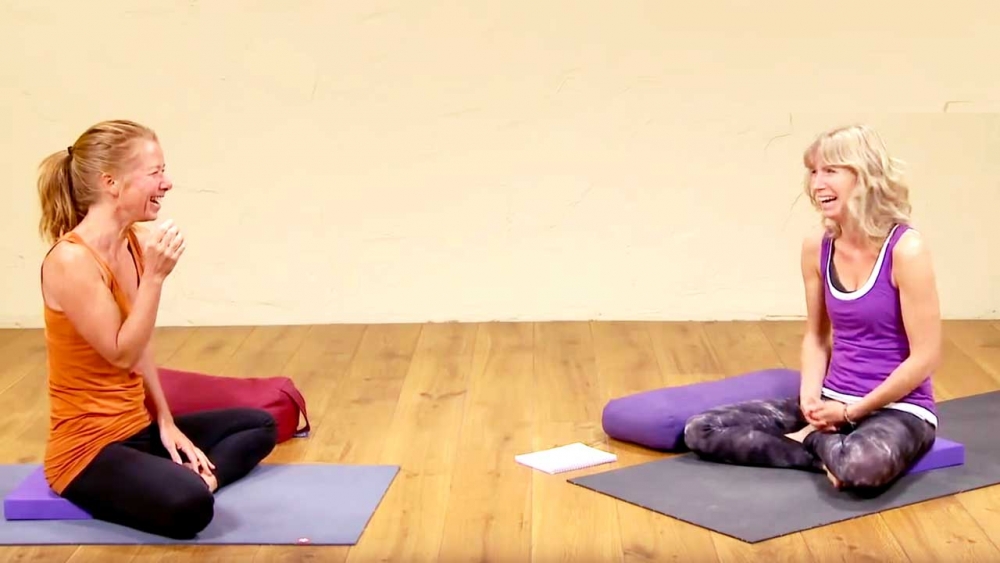 Over the past few years I have shot and edited hundreds and hundreds of hours of yoga classes. Not only with Esther but also with the other members of the EkhartYoga team. And the team is growing rapidly as you might have noticed.

Sometimes, the filming of a full class can be a little boring for me, as a cameraman but there are funny moments too. I came to realise yoga does not always need to be serious business; yoga can be light, even hilarious at times. The teachers I’ve met all have a great sense of humour and often they’re not able to keep a straight face (as you’ll see below).

We probably all know Esther’s Cat Attack by now, so I have created a nice selection of class outtakes that I’ve made into a compilation.