Yoga is a practice of curiosity ~ Julie Martin 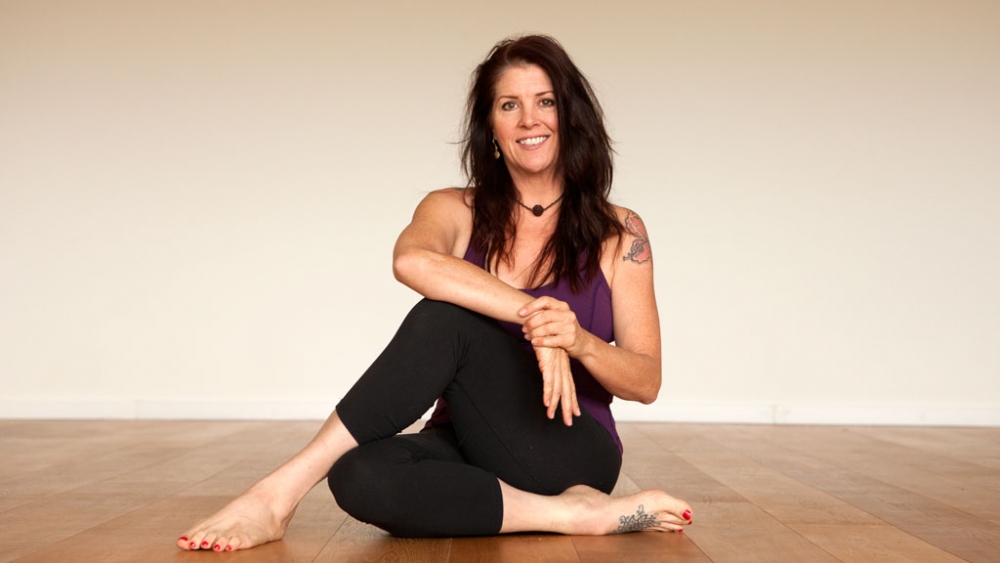 The philosophy behind the way I move (and teach) stems from the evolution of the modern yoga practice from being an Indian, male-based practice and ‘stuck’ to a structure that was suitable for a specific time. The modern-day practitioner is more likely to be female, between the ages of 25 – 55. Additionally, we’ve seen how the body can get injured and fatigued in yoga, when in fact the practice is designed to heal and help us and give us a sense of wellbeing. The way I teach seeks to redress this balance.

In light of the above, I incorporate a lot of natural movement in my teaching, to reclaim the femininity in the practice – it doesn’t mean it’s a ‘girly practice’ but it’s very flowing. It’s about finding natural movement in the body, waving and spiralling through the spine … all of the things that the body really loves to do.

Primarily this is to give students as many options as they can around the basic ‘structures’ of yoga to let the individual decide how the practice is going to evolve in their body. Of course, this is going to vary according to the age of the practitioner or the length of the time they’ve practised yoga.

Train with Julie Martin on EkhartYoga

Try out her recent Spiral classes. Register for your free 14-day trial to get started
Explore Spirals!

You own your practice

What I often say to my students is: “I’m not in control of your practice, I don’t own it – you own it. I’m going to give you freedom and a lot of suggestions and that guidance will hopefully send you towards a feeling of authenticity in yourself.” Ultimately the practice becomes uniquely theirs, and that’s what I want them to take away with them.

So it becomes a creative process on both of our parts. As I explore things in my own body I realise there are more options and I share these with my students.

They can then take away what feels right and leave behind what doesn’t, so it becomes their own creative expression of their body in a moving form. To me, that makes more sense as a moving meditation instead of something that is imposed on the body, something that forces our bodies into certain shapes that no longer serve us.

The biggest reaction I get from my students – particularly those who’ve been practising for years – is one of relief!

A lot of people comment that they play around at home in their practice but would never dream of doing it in class – and they say: “you’ve just given me permission!” Many people are afraid of stepping away from the stricter forms of practice. Of course, it’s useful in the beginning to establish some ‘ground rules’ so to speak, but it’s how strictly and how long you want to stick to a fine, narrow margin of rules. I agree that this structure is useful for a while but, in my opinion, it’s not something to continue rigidly for years and years …especially if you’re a woman and a woman that’s aging …

So I encourage you:

Be curious about how it feels, don’t worry about what it looks like. Remember yoga is a practice that is unique to you

Expanding Horizons is a 6 hour online course on the EkhartYoga Academy course with David Lurey.

In it, David will teach you how to bridge the gap between postural yoga and functional movement. Sharing a similar approach to yoga as Julie, he’ll take you on a journey towards an integrated practice, moving beyond the rigidity of fixed shapes and alignment, while retaining the deep wisdom and philosophy of yoga.

Julie MartinJulie Martin encourages freedom in movement and the evolution of your personal and teaching practice. Join her in the intelligent yoga rebellion!
Follow
Relaxing
Play
Pause
Connect
Support
About
Apps