Since I went to my first Vinyasa Flow class and experienced uplifting yoga with an equally uplifting soundtrack, I have always associated Vinyasa style with music. 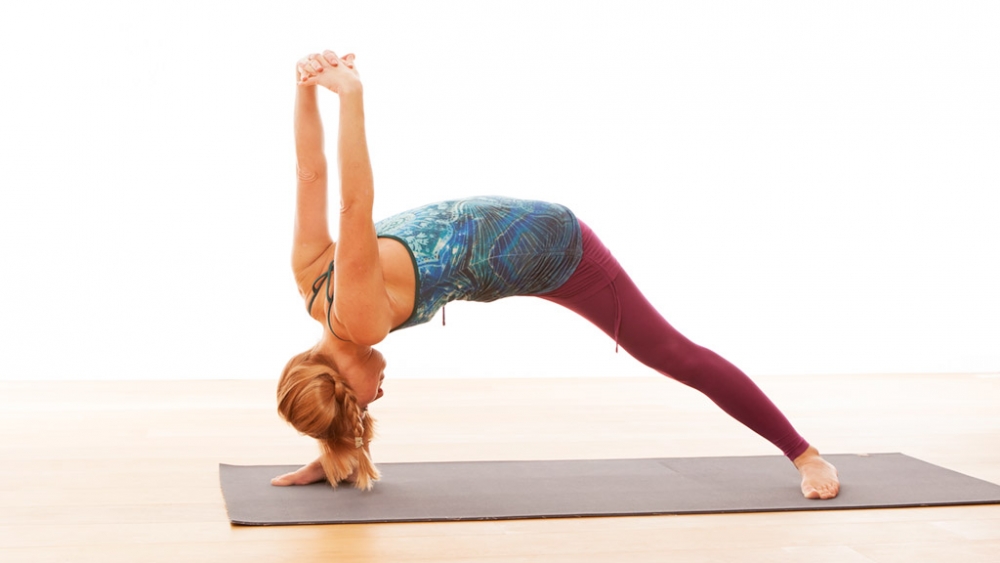 We are made up of 70% water and water is an amazing conductor of energy and vibration. The body loves to move. Through movement, we lubricate and nourish the body.  Without movement we stagnate, we dehydrate and the body becomes weak and stiff.  Music is vibration. When we practise yoga we turn up our vibration, our resonance. When we bring the right music and a fluid practice together we can often find a clearer focus and even enjoy what can be a challenging or difficult class.

Choosing the right music for a Flow class is important. Uplifting at the beginning into a more mellow, meditative style as you start to wind down. Music and yoga are two of my biggest loves. To be able to bring them together is wonderful and I really enjoy finding music to flow to. I’ve included some playlists at the end of this post which I hope will get you started. I’d love to hear what you think.

I’ve always been interested in why we love or hate certain types of music so I’ve been doing a bit of research and was excited to discover that it all relates to vibrations in the skull.

Once again we are back to resonance. Brilliant. Read on and discover why…

What’s the difference between a metalhead and a raver? Why do you pick the wub wub of dubstep over the twang of a guitar? Musical preference seems to be as unique as your fingerprints—you love one song and hate another, when to the ear of another listener they sound basically the same. Sure, there’s a heaping dose of social construction going on—you listen to music that you grew up with, the music that gets you in with your self-selected social group, the music that you think is cool. But there might be some biology behind your musical preference, too. The natural resonance of your skull—the unique frequency at which the bones in your noggin tend to vibrate—affects how you hear sound, and could help explain why you really rock out to Pantera but hate Metallica.

Deep inside your inner ear, within a little nautilus-shaped bone called the cochlea, tiny little hairs vibrate to transform sound into brain signals. Sound waves flowing around in the cochlea don’t just hit the hairs and go away, but rather they bounce around within your head—interacting with your skull bones. Nearly every object in the world prefers to vibrate at what is known as its “natural frequency,” your skull included, and these vibrations affect the sound waves that the hairs in your cochlea pick up.

The natural frequency of your head is a result of your skull’s size, density and shape, say scientists in a recent presentation at the meeting of the Acoustical Society of America, meaning that the vibrations of your skull are ever-so-slightly different than the person next to you. Measuring the natural vibrational frequency, the researchers found that people’s heads like to vibrate anywhere from 35 to 65 times per second, with women’s heads tending to vibrate faster than men’s.

The scientists then tested whether different people’s vibrating skulls affected which music they prefer. While the team says vibrational frequency of people’s heads didn’t seem to predict which music they liked, “skull resonance was found to moderately predict the musical keys that people disliked.”

The skull creates a kind of resonant chamber around the cochlea. Simple, integer-based ratios between the frequency of the skull, and the prominent frequencies used in a piece of music, will tend to make that music sound somewhat louder and richer to a listener. While there was little influence of resonance on the preferences, musical keys with more complex, non-integer mathematical ratios to the fundamental frequencies of the skull will tend to sound somewhat thinner, resonate less, and possibly even induce minor acoustic distortions.

As a result, our research on this topic suggests that non-resonance between the skull and a musical key may induce a dislike of some music. While there is much research needed to fully explore this relationship more, skull resonance seems to have a subtle influence on musical preferences and selections particularly for the music we do not like. (source – http://www.smithsonianmag.com)

Below are some of my Yoga Music playlists on Spotify.

Of course music choice can be a very personal thing so just Explore and Enjoy.