In this 2-part series, Olav Aarts introduces us to the Yoga Sutras of Patanjali. 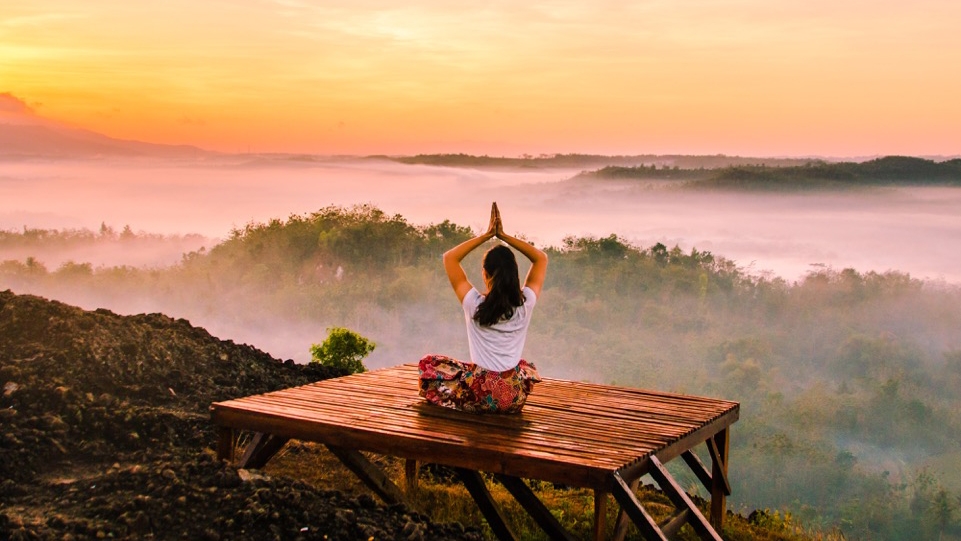 The sutras, being an important foundation of temporary yoga, are described in four chapters called Samadhi-pada, Sadhana-pada, Vibhuti-pada and Kaivalya-pada. The journey starts with an introduction.

The Yoga Sutras are ascribed to Patanjali but virtually nothing is known about him, at least not with any historical certainty. He is most likely not identical with Patanjali the Sanskrit grammarian, who lived around the 2nd century BCE, and is identified with the serpent king Ananta, himself an incarnation of Vishnu. For us westerners, it is hard to comprehend the absence of a detailed biography of the author of such a work. Though, such anonymity is the rule rather than exception in India. In addition to this, it is uncertain that the sutras are the work of a single author.

The Origins of the Yoga Sutras of Patanjali

The Yoga Sutras of Patanjali (YS) were compiled somewhere between 50 BCE and 300 CE (though some portions are likely to be written down earlier) and, as a playlist, reflects some of the dominant views of yoga preceding and during that period. These Yoga Sutras also functioned as a foundation for some later developments in yoga. It is, therefore, not a conclusive theoretical account of yoga in that period but rather reflects yogic practice: a manual of yoga as it was experienced and practised by yogis in that era.

“a person and his mind generate the world”
SHARE QUOTE

Key Principle in many Indian Philosophies

Before saying something about the YS it is helpful to keep in mind that an important principle in many Indian philosophies, including those of yoga, is that a person and his mind generate the world. This is opposite to modern Western belief that man and mentality originate from the physical world. In addition to this, in the classical period of yoga, the universe is not a source of beauty or set up with a proposed goal. The world was created by a “mistake” because the soul identifies with something it is not: the body-mind complex, arising from materiality.

Yoga comes from the root yuj, meaning ‘joining’, ‘union’ or ‘control’. Yet, Yoga is also a discipline aimed at quieting, be it the body, breath, or mind. What is to be joined or united depends on the period and yogic tradition. However, in the yoga of Patanjali, this aim is ‘isolation’: the dis-union (vi-yoga) of soul/consciousness and materiality.

Patanjali believed that a person is composed of materiality (Prakriti) and soul (Purusha) and that yoga was to bring about their separation. Hence, the yoga of Patanjali is a process of the re-establishment of the soul in its absolute purity. To separate the soul from materiality and thereby restoring the purity of the soul, a person had to adhere to a strenuous practice and asceticism in order to burn away “that what binds” – the defilements binding the soul to materiality. By his practise and asceticism, the yogi controls his mind. Consequently, he obtains a proper understanding of reality – yogic gnosis. The bond between the material world and the soul is savoured. Consequently, the soul is separated from the fluctuations of the world, resulting in the liberation – isolation – of the soul.

It is key to understand that materiality encompasses physical reality but all thoughts and mental states as well. This materiality – from the gross to the subtlest – is called Prakriti. On the other hand, there is the individual life monad, the soul called Purusha. According to the YS, there are many life monads – pure consciousness – and they penetrate matter and make her aware but nevertheless remain completely passive.

The universe and all in it originate from Prakrti, the primordial nature. This nature consists of three characteristics: the three Gunas.
The three gunas are clarity (sattva), activity (rajas) and heaviness or darkness (tamas). If the three gunas are in balance, there is no manifest world. When there is an imbalance of the gunas, the process of manifestation begins. All things in the world from the grossest to the subtlest consist of the three gunas. Imbalance arises because Prakriti (made up of the gunas) is pulled out of balance by the proximity of Purusha – like iron particles reacting to a magnet. Balance is again restored when the soul again becomes self-aware, resulting in ‘isolation’ or liberation. The soul regains its self-awareness by quieting the movements of the gunas. It is this process, which Patanjali labels as yoga.

The body needs to be immobilised and the fluctuations of the mind have to be calmed. If this ‘isolation’ or liberation is achieved, the soul (Purusha) returns to its pure, uninhibited and objectless state of consciousness, free from the dynamics of materiality (e.g. suffering). The dynamics of this world are everywhere; all things created must also pass. This also applies to the conscious mind. The mind focuses its attention on an object for a while and before long attention shifts to something else. The body behaves likewise; its tendency is to move.

In this continuous shifting and movement of the body-mind complex, desire and aversion are guiding aspects. We are driven by restlessness. By practising yoga your attention becomes focused and structured regardless of personal preferences.

We are driven by restlessness. By practising yoga your attention becomes focused and structured regardless of personal preferences.
SHARE QUOTE

The mind is controlled by one-pointed attention. Then a gnosis arises that, neither the fluctuations of the mind nor the mobility of the body is true happiness. But its quieting, the stillness, is the more stable and therefore the truly peaceful, content state in which the soul is free.

To achieve this stillness, training is required: detachment (vairagya) of the objects that arouse desire and aversion, and a practice (abhyasa) to attain stillness. This is expressed in the formula “in detachment one practises yoga, one attains detachment by practising yoga”.

This is the contribution of Patanjali’s yoga: the message that the soul in its pristine purity freed from the fetters of materiality is the most stable and suitable option.