The origin of the Sun Salutation 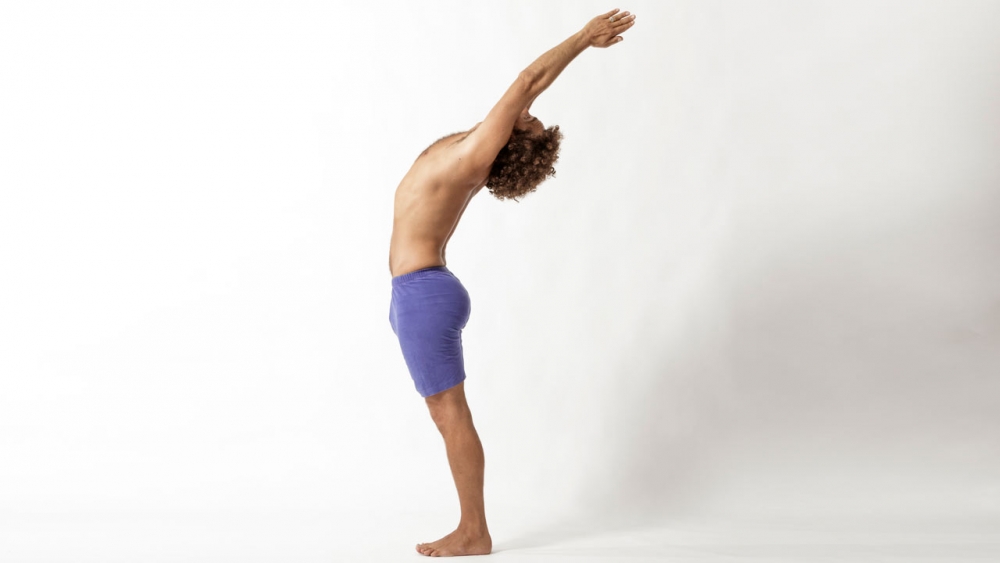 Olav takes us by the hand exploring the possibility of finding traces of the Sun Salutation in ancient texts, from the Vedas to Ramayana, one of the great epics of India.  Olav concludes his search by explaining the benefits of Sūryanamaskāra in modern yoga.

Finding the origin of Sūryanamaskāra

The asana sequence known as Sūryanamaskāra literally means “salute to the sun” (surya = sun, namaskara= salute). There is a high likelihood that this sequence has, above all else, modern origins. In his work “The Yoga Body” Mark Singleton has done an excellent job at tracing the origins of Sūryanamaskāra. In short, he argues that the Sun Salutation as we know it today is “a mixture of yoga as medical gymnastics and body-conditioning on the one hand, and state of the art dumbbell work and freehand European bodybuilding techniques on the other“ (Singleton 2010: p124).

In the early twentieth century, bodybuilders used dynamic sequences as a warming-up exercise to prepare for various poses and weight work. Yet, it was far from obvious that Sūryanamaskāra and yoga were part of the same body of knowledge or practice in or before that period (Singleton 2010).

The claim of Pattabhi Jois is difficult to corroborate as there is no evidence that Sūryanamaskāra, before the mid 1930s, was part of a physical practice named yoga (Singleton 2010). However, it may be worthwhile to examine whether there might be something to it. Perhaps there are roots of Sūryanamaskāra predating the modern period?

Let’s explore the Vedas to study claims about the origins of Sūryanamaskāra. The Vedic Corpus (12th to 10th centuries BCE) consists of hymns, formulas, spells and incantations. In various parts the sun is praised, and to salute the sun by magic means of the fire ritual would result in health and prosperity.

In a later era, as the Vedic rituals became increasingly internalized, various ritualistic prostrations would be carried out in praise of the sun. Could this internal fire ritual to the sun be regarded as an origin of the modern variation of the Sun Salutation?
At the same time, the disk of the sun functions as the gate between the human realm and the world of the gods. When we look at the earliest use of the word “yoga” it implies the connection warriors have with their chariots in battle. They are “yogayukta”. Through this yoga, a group of seven guarding deities will allow the warrior to ascend through the sun and take his rightful place among the gods, as he has offered himself to the Vedic sacrificial fire – to be “dead” already, and consequently fully focus on his warrior task at hand. Could the Virabhadrāsanas (ecstatic warrior postures) in the Sun Salutation be a reference to this Vedic symbolism?

A next possible origin of the dynamic sequence of the sun could lie in the Ramanaya, one of the great epics of India. The story is of the love between Rama and Sita. Sita is abducted by Ravana and taken to the island of Lanka. In Rama’s search for Sita he meets Hanuman, and they reach the southern coast.  As they see the vast ocean, they are grieved over the inability to cross this body of water. Then Hanuman recalls his powers; enlarging his body, he takes a leap and consequently flies across the ocean.

It is the movement towards this leap in which could lay an ancient root of the Sun Salutation.
SHARE QUOTE

The story goes that Hanuman makes some kind of prologue before he leaps. This possible line of interpretation could be elaborated upon by linking the leap to Lanka with the leap back; from Lanka to the southern shores of India. In this leap back Hanuman’s tail is set on fire by Ravanas’ army. Hanuman’s stay on Lanka could be viewed as a form of tapas (austerity). Hanuman extinguishes the fire by putting his tail in the sea. Linking the fiery practice of burning karma to the resulting coolness of true peace (Reinhard Palm, based on personal talks 2008).

From Vedic times to the present day we still find worshippers of Surya throughout Asia. Interestingly, we also find worship of the sun’s disk, as a deity or as a passage to the gods, in ancient Europe and Mesopotamia.
In the section of the possible Vedic origins of the Sun Salutation, we came across a group of seven Rigvedic guarding deities. One of these deities goes by the name of Mitra. Mitra is the Vedic personification of Surya. However, as far as my knowledge and encounters go with the worshippers of the Sun, their practices revolve around meditation techniques. Dynamic sequences of postures are absent or unrelated to their devotion to the sun. I have seen worshippers of Surya staring or gazing directly into sun for prolonged periods of time. To me, it seems unlikely that the Sun Salutation in yoga as we know it today has any ancient roots in the worship of Surya.

Strikingly, texts of Hatha yoga, make no mention of a dynamic sequence or asanas relating to the sun. In these texts there are various practices relating to the “sun” as the internal sun, located in the abdomen.

However, all these techniques predominantly relate to pranayama, mudra, and bandha. Almost always these techniques are done in a seated posture like Padmāsana or Siddhāsana. Viparita Karani and Gomukhāsana are asanas related to the sun because these postures are believed to prevent amrita/bindu from being burned in the internal sun. Mayurāsana also relates to practice of the internal sun as it stimulates the internal fire and makes one immune to poison according to the texts.

During pilgrimage or worship people often prostrate. The body is laid out as a staff – a “danda” in Sanskrit. During my time and travels in Asia I have encountered several of such practices among the various Buddhist groups of Tibet and Burma, as well as Hindus of India. It is thought that Sūryanamaskāra may stem from such practices. If so, Singleton is right in his assertion that Sūryanamaskāra is predominantly “a modern, physical culture–oriented interpretation of a far more ancient practise of prostrating to the sun” (Singleton 2010: p206). Then the Sun Salutation is a rearrangement of “danda” (staff postures) in which the body touches the ground with eight parts simultaneously  (i.e. chin, chest, hands, and feet). Ashtanga yoga may well originate from the dandas of pilgrimage rather than a connection with Patañjali’s eightfold yoga.

Goal of the practice

Even though the origins of Sūryanamaskāra are a mystery, this dynamic sequence of poses became popular and found its way to many yoga classes today. So what is the Sun Salutation about? Why are we doing it? One could unravel at least three reasons:

For lots of people focusing their attention and keeping it fixed for longer periods of time is quite difficult. Yet developing ekagratha (one-pointedness of mind) is an important prerequisite for Hatha yoga and other varieties of yoga. The natural tendency of the body and mind is to move, to fluctuate. When you sit still in meditation, the transition can be challenging because your body and mind are not used to being quiet, motionless, or to observing all the sensations, emotions and thoughts without preference towards any. To move in a dynamic sequence helps the mind focus on one thing alone – the movement of the body. This will help to quiet the mind as well.

3. Expanding the awareness of energy and intensifying energy

By practising Sūryanamaskāra, we learn to expand our awareness of the body and the energies whirling in it. We train ourselves to distribute, purify and intensify these energies, whether it be the pranic vayus or the symbolic energies of the chakras.
Sūryanamaskāra is a popular addition in the range of techniques we encounter in many varieties of contemporary yoga. Even though it is most likely a fairly recent addition it does not have to mean it is corrupted, redundant, or degraded. It has proved to be useful for many people and could well be a modern tool to pass on the ideas and aims of yoga.

All bonuses and promotions at Zodiac Casino are processed by Casino Rewards, essentially the most competitive online loyalty program. Bitcoin Dice Added bonus Codes Obtain the latest Bitcoin Dice added bonus codes at no cost rolls, no deposit bonuses, coordinated promos, acceptance benefits and extra. We have the most effective provably reasonable $2 deposit casino going BTC sites and by subscribing may discovered immediate standing whenever the model new offers are put-out. You’ll discover wagering necessities on exactly the method to change additional finance to your money financing.