Ayurveda explores the science behind life itself. Emma tells us everything we need to know about this ancient health system. 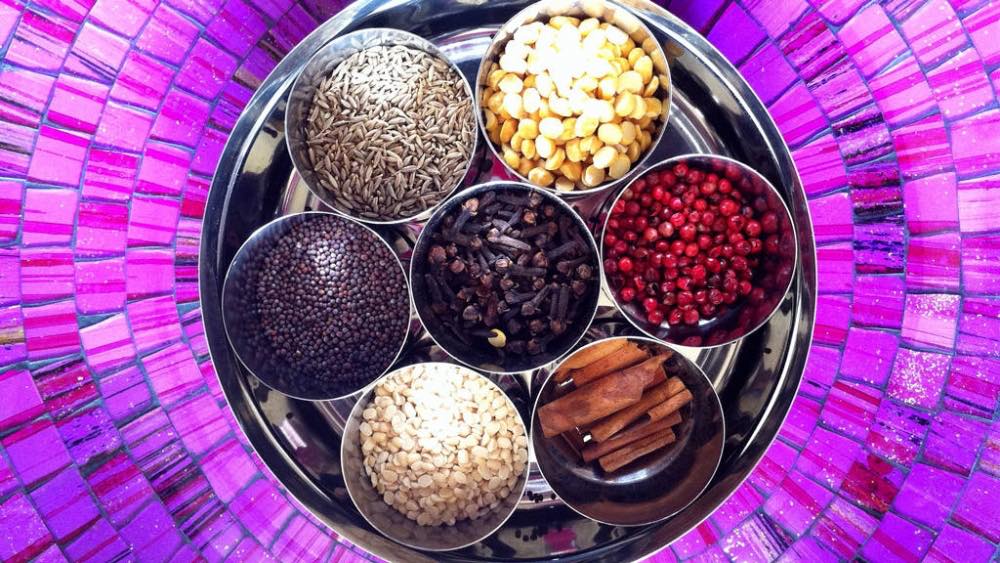 With so much information out there at the moment regarding health and wellness, it can be difficult to know which advice we can trust and which is merely another fad. Generally though, the most reliable advice is the kind that is tried and tested and has stuck around for a very long time.

The Science of Life

Translated as the ‘Science of Life’, (Ayur = Life, and Veda = Knowledge). Ayurveda is one of the most ancient health systems and is closely linked to yoga. As the name implies, this system explores the science behind life itself, what it’s made of, how it works, and the multitude of physical and energetic tools that can be applied in order to realise it more fully.

Much like other Eastern medical systems such as Traditional Chinese Medicine, Ayurveda seeks to prevent disease, instead of merely looking to cure symptoms of illness. This system insists that each person is simultaneously unique and a vital part of nature It sees health as a state of being: balanced and in harmony with our internal and external environment. Ayurveda considers a person as a whole, determining that much of the disease we may experience in the body starts as ‘dis-ease’ in the mind. An Ayurvedic treatment will never simply look at acute physical symptoms and treat one particular area. For example, if you ask an Ayurvedic doctor to treat a painful knee, it won’t just be the knee that receives attention. Your whole being, your digestive system, the amount of ojas (‘vital essence’) you currently have, your relationships, your lifestyle and the health of your mind, body and spirit are all scrutinised, as they are all likely to have an impact upon the gross external layer of the physical body.

If you ask an Ayurvedic doctor to treat a painful knee, it won’t just be the knee that receives attention. Your whole being (your digestive system, relationships, lifestyle and the health of your mind, body and spirit) will be scrutinised.
SHARE QUOTE

Herbs, oils, spices, breathing techniques, foods, mantras, yoga postures, exercise, cleansing techniques, dietary advice, visualisation and many other prescriptions ranging from the seemingly normal to the incredibly unusual are considered when working with an Ayurvedic physician.

The Origins of Ayurveda

The term ‘Ayurveda’ was first mentioned in the Vedic texts, thought to have existed for more than 1200 years, whereby the gods are said to have transmitted this valuable life-preserving knowledge to rishis and seers. They shared this knowledge orally at first until it was written down many years later. Ayurveda is also a derivative of the Tantric lineage, both Tantra and Ayurveda deal with the energies of the universe. They consider that each being has elements of the universe within them and that just as the world around us is comprised of earth, fire, water, air and ether, so too, are we. By 400 AD it is said that Ayurvedic texts were translated into Chinese literature and the methods spread across the East.

Some of the oldest Ayurvedic texts include the Susrutha Samhita and the Charaka Samhita, describing ancient theories behind the human body, different energetic systems, as well as therapeutic guidance for many different ailments. One of the key ways to recognise that Ayurveda stems from Tantra is that it considers repression of natural urges, emotions and thoughts as one of the primary causes of illness and that expression, freedom and truth lead to health and vitality.
Many of the global complementary therapies we use today are derived from Ayurveda, including many types of massage and aromatherapy.

The Eight Branches of Ayurveda

Similarly to Patanjali’s Eight Limbs of Yoga, there are eight different branches to Ayurveda:

Via methods of purification, detoxification and rejuvenation, this branch looks at healing the body from the inside-out. It is said that the body knows how to heal itself if we are intuitive enough to give it what it needs. The Shat Kriyas (‘Five Actions’) are often used as treatments here, as a way to cleanse the body.

There are many different transitions to be considered when it comes to bringing new life into the world. These therapies advise an expectant mother as to how to care for herself and her baby; treats infant illnesses like colic, teething problems, and gives dietary advice to both mothers and babies.

Ayurvedic psychology is an interesting subject within itself, as Ayurveda reasons that all illness starts in the mind. Yoga, visualisation, breathing and mantra are often prescribed.

Illnesses associated with the eyes, nose, ears and throat are dealt with in these therapies. ‘Udvha’ means ‘upward’ and ‘Anga’ means ‘limb’, so this branch is concerned with diseases that accumulate in the body’s most ‘upward limb’.

This branch of Ayurveda deals with illnesses or trauma caused by things that are outside of the body, such as broken limbs, or an injury due to an accident.

This division treats illnesses caused by ‘poisons’, this could include plants, insects, minerals and metals.

Revitalisation and rejuvenation of the body is the primary focus, preventing the body from succumbing to the signs of ageing. Natural herbs, medicated Ayurvedic oils and nourishing foods are suggested in order to maintain a natural resilience and youthful ‘glow’.

Sex and sexual vigour are seen as an important aspect of a person’s health. In order for healthy children to be born a person’s sexual health must first be optimal. This is also known as ‘Aphrodisiac treatment’, most often using herbs.

Ayurveda works primarily to balance a person’s energies and starts by observing whether certain energies are dominant or depleted, potentially causing imbalance and illness.

The Gunas – the energies within the universe

The Gunas are considered the different energies within the universe and have an effect on us and the matter around us.

Read more about the interplay of the three Gunas

The Doshas – the energies within us

Each person will be under the influence of one or more of these energies at any one time, which can affect how we feel from day to day. More personally, however, each person has their own energetic system, known as their Dosha, which usually translates as ‘imperfection’ or ‘fault’.

A person’s dosha is what creates their physical body type and their personality type, and is also made up of the elements of the world around us (earth, fire, water, air and ether). The reason the word ‘fault’ or ‘imperfection’ is used as translation is that someone’s dosha is usually the very thing that makes them susceptible to the ways of the world. For example, someone who is predominantly of a Vata dosha comprises the energies of wind which makes their body type slim, cold and dry, with a mind that is often creative, yet prone to feelings of being ‘scattered’ and anxious. Thus, a Vata person is vulnerable to windy, cold, Wintery weather, and situations which are stressful, unpredictable or anxiety-inducing. If ‘out of balance’, an Ayurvedic physician would look to find ways of balancing a person’s dosha, so our Vata example would be encouraged to stay warm, eat warm, cooked food, use warming oils like sesame for self-massage and to practice relaxing, quiet, methodical exercise or yoga postures.

Life is about relationship, adaptation, experimentation and experience, and just like yoga, Ayurveda encourages us to take the journey inwards so we can return to a state of natural balance.

Emma NewlynEmma is a 500hr registered yoga teacher, writer and holistic therapist based in Sussex, UK. With a passion for yoga philosophy and Ayurveda, she loves bringing these ancient methods to the modern world in an accessible and easy-to-implement way through her writing and courses. Emma leads the Yoga, Ayurveda & Holistic Health course in person the UK and also online Modern Ayurveda & Holistic Health courses, giving students tools and techniques to enhance their health and wellbeing. www.emmanewlynyoga.com
Follow
Ayurveda
Play
Pause
Connect
Support
About
Apps