Somatics is a movement therapy, a way of re-educating the way our brain senses and moves the muscles.

Somatics is a movement therapy, a way of re-educating the way our brain senses and moves the muscles.

It is an incredibly subtle but effective way of working with the body. We have yoga classes which are influenced by somatics as well as somatic exercises you can use alongside your yoga practice.

The term Somatic means ‘embodied’ or ‘of the body’. Thomas Hanna developed the field of Somatics influenced by the methods of Moshe Feldenkrais and others. In the 1970s, he and Eleanor Criswell Hanna set up the Novato Institute for Somatic Research and Training where he practised for many years. Hanna observed how certain body-work procedures helped people who had postural difficulties to regain control of the muscles that were holding them in these restrictive ways. He called these processes Hanna Somatic Education.

Somatics is about body-mind integration. Our muscles can become tight or restricted due to development reasons, habitual patterns, emotional stress, injuries or trauma. Small, slow and gentle movements are used to re-educate the brain so that it can relax and move these muscles more functionally. These can be specially prescribed by a body-work practitioner or used as general principles to complement other practices.
Related forms of somatic therapy are Body-Mind Centering, Alexander Technique, Feldenkrais Method and Somatic Yoga developed by Eleanor Criswell. 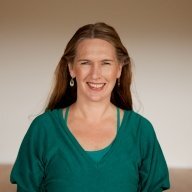 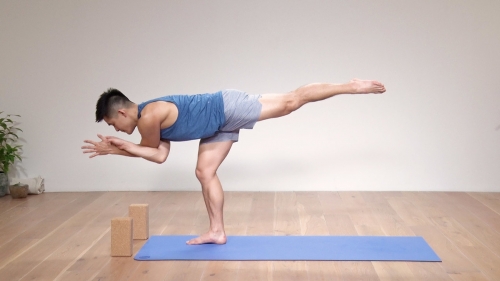 30:56
A spinal dance
David Kam
Vinyasa Flow Slow Flow
Enjoy this creative flow - or spinal dance -liberating our entire vertebrae towards various expressions of backbends. Have a couple of blocks handy for this practice.
All 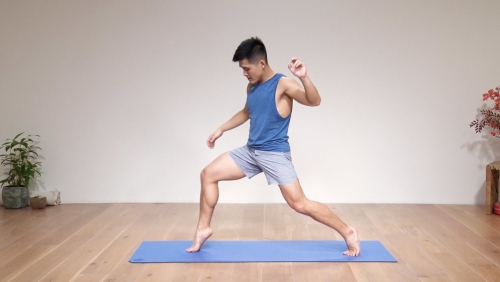 19:12
Moving meditation - Lower body
David Kam
Somatics Therapeutic
Let's move from curiosity, from whatever brings us pleasure. This moving meditation explores the lower body in the hope of creating more space and freedom in our hips, hamstrings, ankles, toes, you name it!
1/2 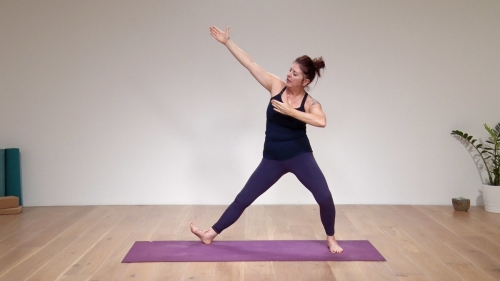 1:03:53
More spinal release
Julie Martin
Vinyasa Flow Somatics
Working with the movements of the spine by waving through variations, this sequence is another one from Julie that allows you to release through the lower back down to the hamstrings and up to the upper spine too. Kneeling and standing variations of waving Cat/Cow will give power in the front and back of the spine and help you find the elasticity in the pelvis - particularly the psoas/hip flexors. This hour-long class will get you mobile and strong, yet feeling like your spine is free!
All 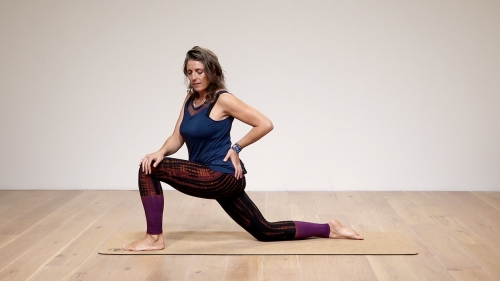 34:50
Nourish your kidneys with yoga
Helen Noakes
Scaravelli inspired Somatics
The kidneys - the organs of filtration - have an important role to play in our overall health. Join me in this somatic journey into our kidneys using loving touch, our breath and sound, and then use them as a focus for moving into postures. Much of this class is inspired by an elder and mistress of yoga, Angela Farmer. Please take this class with an open mind and heart...plus, we have a special guest joining us in the beginning! Tune in and let's dive into our watery body!
Play
Pause
Connect
Support
About
Apps