David Lurey looks at some of the causes of anterior pelvic tilt and introduces a therapeutic technique used to 'reset' it. 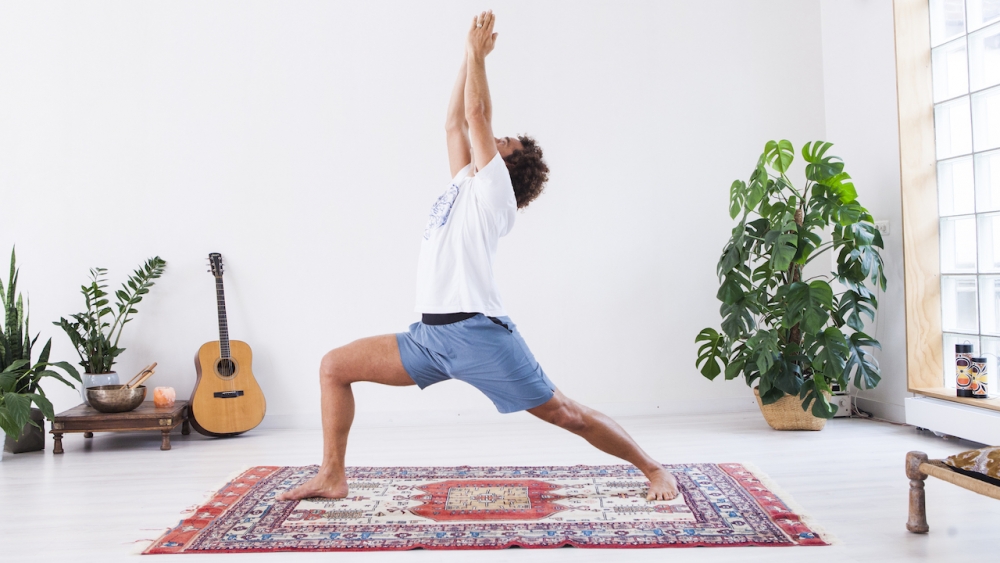 As the connection point between the upper and lower body both physically and energetically, the pelvis and its alignment play very important roles in our lives… on and off the yoga mat.

The three main bones of the pelvis have many responsibilities and their organisation can either evenly distribute weight and mobilisation or can create compounding problems when ‘misaligned’.

The tilt of the pelvis

In very basic and general terms, we can think of the pelvis tilting forward (anterior tilt), sitting in a neutral shape, or tilting backwards (posterior tilt).  As a result of modern sedentary lives and long periods of time sitting in chairs, the muscles of the hip flexors in the front of the body can become stuck in their contracted position; often referred to as ‘shortened’.

These hip flexor muscles attach to the bones in the front of the pelvis. When we stand up they are designed to lengthen and allow the pelvis to reach its neutral state. When the muscles are stuck in contraction, they essentially pull the front of the pelvis forward and down leading to the anterior tilt. So you might recognise this if you have a more pronounced arch in your lower back. It’s also sometimes called swayback. This article has a good simple illustration of pelvic tilt.

With the pelvis tilted in this way, there are far-reaching adverse effects on the lower back, hip joints,  as well as down into the knees.

There are many wonderful yoga poses and stretches that target the hip flexors: Lunges and Warrior poses, for example. There are also some balancing actions we can create to adjust the pelvic bones to sit more in a neutral state rather than tilting forward.

Often in yoga classes, we hear teachers say to ‘Tuck the Tailbone.”  While this action does remove some of the anterior tilt of the pelvis, the muscles responsible for the ‘tucking’ do not facilitate as long of a spine, or release of the hip flexors, as much as another important action. This other action is what my teacher Aadil refers to as lifting the ‘Pit of the Abdomen’ (POA).

Tucking the tailbone vs. lifting the pit of the abdomen

The pit of the abdomen (POA) is a few centimeters below the belly button. In asana practice, when we create a lift muscularly and energetically from the POA, it helps to neutralise the pelvic tilt while also drawing energy upwards, rather than downwards as in ‘tuck the tailbone’. Both physically and energetically, start to apply this lift of the pit of the abdomen rather than tucking the tailbone to experience a more uplifted feeling and a new length in the hip flexors.

In addition to the internal reset of lifting the pit of the abdomen, I filmed a therapeutic exercise (below) for slowly and gradually creating length in the muscles that pull the pelvis forward as well as providing the structural direction to the bones that we wish to create.

This technique requires the use of a friend and props (two yoga belts and a block), so be sure you have those things nearby as part of your preparation! 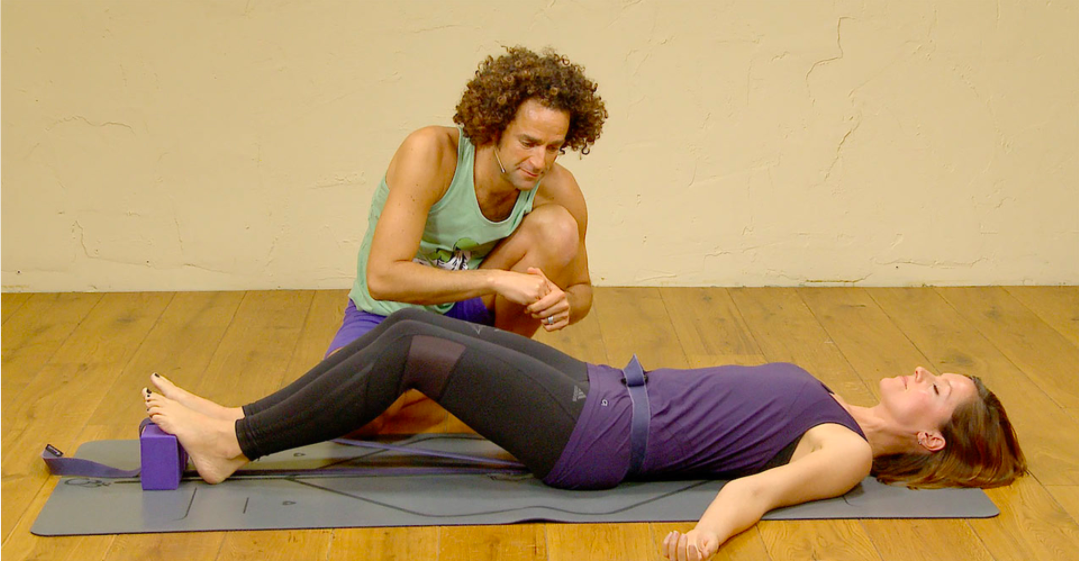 Be aware that this technique will create some new sensations in your body and should be reinforced with mental and physical support. Try some Hip Opening classes (under the classes filter, ‘Specific use’) and give those hip flexors sufficient time to stretch and let go.

Also, find time for meditation and practices that support letting go of fear. The front of the body opens to the future and contracted muscles can often be the result of a ‘closed attitude’ of what is to come. With a willingness to move forward with openness, the muscles will respond to the mindset.

David LureyDavid Lurey interweaves spiritual teaching themes into his teaching, along with intelligent sequencing, a heartfelt passion for music, and a dose of humour.
Follow
Back health
Play
Pause
Connect
Support
About
Apps