What is Hatha Yoga?

A fascinating tour through the history, evolution and practices of physical yoga. 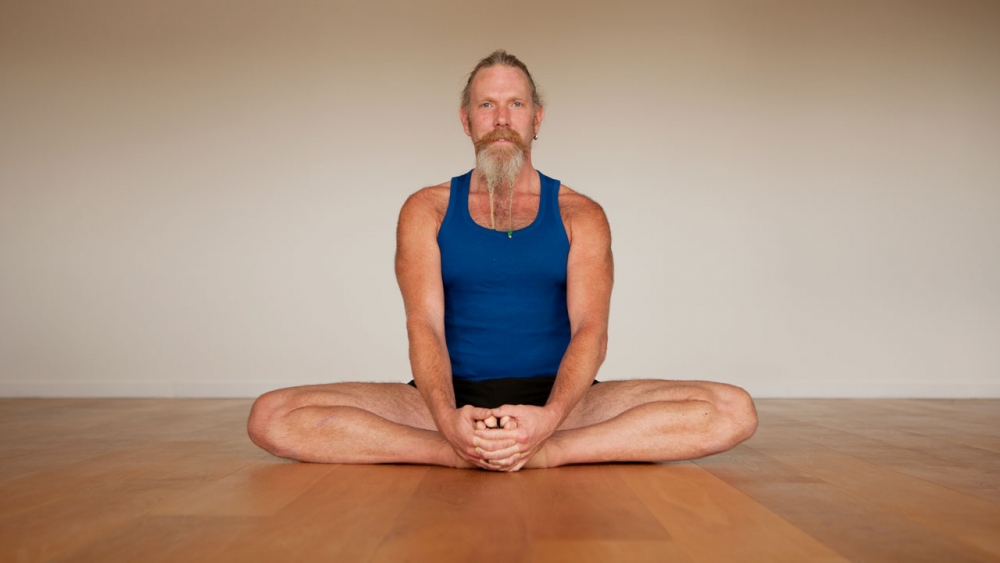 The definition of Hatha Yoga

What exactly Hatha yoga actually is hasn’t changed for thousands of years. However our thinking and perception of it certainly has. Language is a powerful thing, and in different cultures the same word can have a variety of definitions. Throughout the evolution of yoga practice, the same word – Hatha – has come to mean different things too.

Popular thinking ‘in the West’ (an all-too-common expression now), is that Hatha yoga is about balancing the body and mind. ‘Ha’ represents the esoteric sun, and ‘tha’ the moon. The practice of Hatha yoga aims to join, yoke, or balance these two energies.

A yoga class described as ‘Hatha’ will typically involve a set of physical postures (yoga poses) and breathing techniques. These are typically practised more slowly and with more static posture holds than a Vinyasa flow or Ashtanga class. And indeed, that is how we describe our Hatha yoga classes on EkhartYoga.

Literally however, Hatha means ‘force’ and is more traditionally defined as ‘the yoga of force’, or ‘the means of attaining a state of yoga through force’. So Hatha yoga can be considered as anything you might do with the body, including:

Mark Singleton – author of ‘Yoga Body’, and a Senior Research Fellow at SOAS London University – spoke at a lecture I attended. He remarked; “what’s physical and what’s not is up for question. No matter what one does, isn’t it all physical?”.

Origins of the Hatha Yogis

At the same London lecture, Jim Mallinson – author of the title ‘Roots of Yoga’ – opened with the observation; “Yoga has been turned into something you can ‘fit in’ to a busy modern lifestyle. But it came from something that was the complete opposite, and was viewed very differently to how we view yoga now”.

Whilst the majority of us ‘fit in’ a morning practice, or ‘pause’ to switch on a five minute meditation app, the ancient Hatha Yogis were renunciates. That is, they renounced their lives, families, jobs and worldly responsibilities in favour of a life as an ascetic.

The ascetic tradition emerged on the borders of India and Nepal. Aspects that came to be a part of Hindu tradition, like reincarnation and karma, were central to their thinking. These were the original Hatha yogis – and Tapas, translated as ‘heat’, ‘glow’, ‘austerity’ or ‘discipline’ and referring to a sense of ‘burning’ off past karma and refining the body and mind – was their practice.

In order to perfect the body and senses, these Hatha yogis would perform extraordinary feats such as holding their arms in the air for hours on end. They would submerge themselves in cold water, never sitting down (not even to sleep). They’d stand on one leg, or carry out the ‘bat penance’ (hanging upside down).

We may think these are part of an obscure and long-lost tradition. However, these practices are still happening today, and there’s no sign of them becoming extinct any time soon.

The Buddha practised asceticism for a number of years. However, what many texts omit, is that he found no benefit in the practices, and eventually rejected them. He tried extreme breath control and fasting, as did Jain monks, who would sit and fast until death in order to ‘burn up’ their karma and escape the wheel of rebirth entirely, or return to a more desirable life.

From East to West

These extreme bodily challenges and breathing techniques gradually became more accepted by society. Subsequently, the yoga postures and pranayama practices that came to develop in the years following are thought to originate from this.

In a strange way, these extreme postures were a sort of performance. They created a ‘buzz’, attracted audiences and earned the Hatha yogis money, eerily echoing the modern day Instagram photos of difficult yoga postures earning ‘likes’ and sponsorship deals…

When India faced colonialism, many Westerners were able to see and experience Hatha yoga practices for themselves. This was partly due to the introduction by less extreme-minded tourists in India, of gymnastics, contortionism and body building. It was also due to ascetics who travelled to other lands themselves. These included the Hatha yogis who were discovered by Alexander the Great, and accompanied him back to Greece. The word of yoga began to spread.

When something spreads to different parts of the world, it can’t help but pick up influences along the way. Especially in the 1800s, contortionism, gymnastics and yoga postures do look almost identical. I suppose the only difference may have been the intention behind the practices; for either transcendence or treasures.

Influences of body building and even European gymnastics began to merge with the original ascetic practices, and soon Hatha yoga became sequenced and taught to larger groups of people. It finally entered into Western consciousness when Vivekananda visited the US in the late 1800s and the first physical ‘performance’ of yoga graced the UK in 1893.

It’s important to understand that changes, evolution and ‘reinvention’ within Hatha yoga practices didn’t just take place in the West (we didn’t ruin yoga) but were happening across the East, too. Persia and other parts of the Middle East were also practising forms of Hatha yoga. It made up a part of Sufism, focussing more upon difficult postures intended to lead towards meditative practices.

The Evolution of Hatha Yoga

One of the long-standing arguments amongst scholars and academics within the yoga world is when yoga itself actually began. 5000 years ago, the Pashupati seal was discovered, showing a figure sitting in what appears to resemble padmasana (lotus posture). Many consider this to represent the origins of asana and yoga practice, and that it even depicts Lord Shiva.

Others disagree and challenge that whilst the stone carving indeed dates back 2350-2000 BC, there is no recorded history or anything to prove that yoga existed for an entire 1,500 years after that. Other thinking suggests the carved figure is of a Eurasian tree god or even a goddess. The next discovery of yoga after the Pashupati seal was in the ancient text the Atharva Veda. This discovery suggests yoga didn’t even exist until 1000 BC.

No matter how old yoga itself is, the Hatha yoga practices and asanas that accompany it are contested at length too. Chris Tompkins has three degrees in religion and Sanskrit, lectures and leads courses about yoga. He asserts that the Suryanamaskar (Sun salutation) practices of Hatha yoga originated from the ancient Vedic texts and were practised by yogis. These texts date back to 1700 BC, but others such as Mallinson and Singleton state that no one other than ascetics were practising yoga until the 20th century.

Whichever view you choose to follow, there’s no denying the rapid speed at which Hatha yoga evolved, morphed and adapted over time. From being buried alive, practising complicated breathing patterns, and reciting mantras for religious, ceremonial and sacrificial purposes, we now find ourselves in a much more comfortable and safe variation of Hatha yoga in the modern world.

Many of the postures we see today didn’t exist until the explosion of popular yoga within the past 50 years. Ancient asanas were not merely postures to begin with, but mudras – intended to seal and direct energy within the body. Savasana was originally meant as a way to practise deep and esoteric visualisation and encourage subtle energetic changes, going far beyond just five minutes of relaxation at the end of a sweaty class (although of course relaxation is highly beneficial in a busy modern world!).

The seated twist pictured – Ardha Matsyendrasana (half lord of the fishes) – is thought to have been born of the image of ancient Nath yogi and ascetic Matsyendranath, who can be seen sitting in a twisted position on top of a fish. Headstand was originally named Kapalasana, however, the name disappeared for hundreds of years and re-emerged as Sirsasana.

The well-known text on Hatha yoga – The Hatha Yoga Pradipika – can be thought of almost as an anthology of many Hatha texts combined. It includes fifteen primary postures, seven of which are seated and eight non-seated, as well as an amalgamation of additional postures, totalling 84 asanas.

This is the first time we know of an asana being reimagined as something other than a seated position for meditation. After all, the word asana means ‘seat’, specifically a seat for meditation. 84 is a number used over and over again in spiritual practices, representing a connection between the individual practitioner and the universe.

From just one known asana in the 13th century, to 84 sacred postures, to 112 in the 18th and 19th centuries, we now have a plethora of postures, from the most gentle and restorative, to the most challenging and pretzel-like.

Whilst the origins and practices of the many aspects of yoga and Hatha yoga still remain shrouded in mystery, one thing is certain: Hatha yoga practices – the asana, pranayama, mudra and mantra techniques many of us dedicate time to – create change. This is something they’ve always been intended to do.

They can change how we feel not just physically, but mentally and emotionally too. They can enhance feelings of happiness and wellbeing, help release sadness and grieving, and encourage relaxation and dynamism.

We may not all be able to become ascetics and renounce worldly responsibilities in favour of yoga practice. However, we can use our yoga practice to become more connected, vital and engaged with the world we live in.

Emma NewlynEmma is a 500hr registered yoga teacher, writer and holistic therapist based in Sussex, UK. With a passion for yoga philosophy and Ayurveda, she loves bringing these ancient methods to the modern world in an accessible and easy-to-implement way through her writing and courses. Emma leads the Yoga, Ayurveda & Holistic Health course in person the UK and also online Modern Ayurveda & Holistic Health courses, giving students tools and techniques to enhance their health and wellbeing. www.emmanewlynyoga.com
Follow
HathaPhilosophy
Play
Pause
Connect
Support
About
Apps