How to deal with imposter syndrome

Showing the imposter who’s boss (based on years of practice) 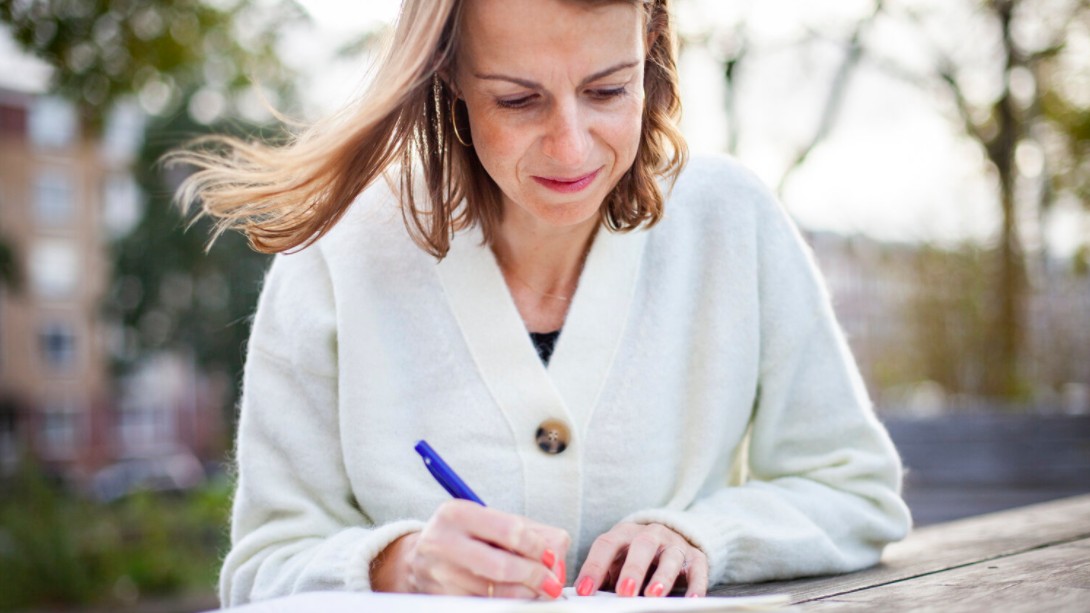 A few years ago I was invited to Kuwait to run a workshop for a group of doctors who wanted to polish up their writing skills. I accepted with alacrity, and a few weeks later found myself in a Business Class seat (first and last time I’ve turned left entering a plane) hurtling through the sky towards my exotic destination. But once the initial excitement of the situation had worn off – ‘look how big this TV is!’, ‘this seat turns into an actual BED’ and ‘YES I certainly will have a glass of champagne’ – I started to get a familiar sinking feeling that perhaps this was all a BIG mistake.

Who am I to be talking to a bunch of doctors about writing? I don’t know anything about medicine. Or about writing scientific papers. I do know some things about writing…don’t I? But can I really call myself an expert? ALSO, I look and sound like a 14-year-old. I don’t have a suit, should I wear I suit? And I’ve got to run this workshop for 2 HOURS!?

What have I done? Where’s the eject button?

In the end, the workshop went well. I wasn’t laughed or booed out of the room. It seemed that my expertise had in fact been helpful. But on that plane, and in the hours leading up to that workshop, I felt like an imposter.

This was neither the first nor the last time that I’ve felt as though I’m winging my way through days and tasks without anyone quite noticing that I don’t really have a clue what I’m doing. And if this sounds familiar, you too may be experiencing what’s come to be termed ‘Imposter Syndrome’ – the belief that you are not as competent as others perceive you to be. It’s the niggling feeling that you’re about to be ‘found out’, and that any moment a clipboard-wielding official will tap you on the shoulder and tell you that you’ve finally been exposed as a fraud.

‘Imposter Syndrome’ – the belief that you are not as competent as others perceive you to be. The niggling feeling that you’re about to be ‘found out’, and that any moment a clipboard-wielding official will tap you on the shoulder and tell you that you’ve finally been exposed as a fraud.

Feeling like an imposter in our own lives can riddle us with self-doubt and prevent us from taking proper satisfaction in our accomplishments. When something does go well, we will put it down to luck, or fluke, or pass credit to other people. For some, the imposter-demon will drive them to work ever harder, never able to relax in the quest for ‘achievement’. For others it brings on a paralysis due to fear of failure; we convince ourselves that since success is out of our reach, it’s not worth even trying to achieve it. In both cases, you get caught in a trap –  either believing that the only reason you’re successful is because you work so damn hard at it, or that you’ll never be successful because you don’t work damn hard enough.

So what can we do about Imposter Syndrome?

1. Call it out when you notice it

As with so many of our less-than-helpful thinking habits, the most important thing is to recognise these imposter-thoughts when you experience them, and call them out for what they are – mirages. The mere act of naming them can dilute their potency and enable you to talk yourself down from them.

You may not be able to banish them altogether, but they certainly don’t need to dominate your life. In the words of expert Valerie Young: ‘You can still have an imposter moment, but not an imposter life.’

According to psychologist Audrey Ervin, imposter syndrome can affect anyone ‘who isn’t able to internalize and own their successes’. So try to accept that your success and achievements may genuinely be down to you! Yes, there might have been a smidgen of luck involved. Or you might have had some help from other people. But don’t overlook the possibility that it could also be due to your own hard work, perseverance, intelligence and talent. Or that you are bringing something to the table that no one else can.

Give yourself due credit when things do go well, and remember that success isn’t something that’s just reserved for other people. Oh, and see how it feels to lean into compliments when they arise, and to believe them.

3. Be (very) wary of perfectionism

Ah perfectionism. The bane of my life. And a huge feeder of imposter syndrome. Perfectionism draws your attention away from what’s going well and fixates instead on your flaws or mistakes. It’s a sneaky blighter that says ‘I just want to help you do a good job’, but ends up convincing you that whatever you do will never be good enough, so perhaps it’s not even worth trying.

I’ve lost count of the number of creative projects and ideas I’ve abandoned thanks to perfectionism’s insidious voice (‘that’s never going to work!’ / ‘but what will people think?!’ / ‘you couldn’t do that’). Perfectionism sets the bar so high that however hard you try you’re likely to end up feeling an imposter – not clever / smart / competent enough (fill in your own adjective) ever to be truly successful or to deserve your standing in the world’s eyes.

I’m gradually learning that the trick is not to focus on doing things perfectly, but just on doing them. It’s the action that counts, the having-a-go and being OK with a result that won’t be ‘perfect’. (But who’s to judge what constitutes ‘perfection’ anyway?)  So show your inner perfectionist who’s boss by cracking on regardless – and you may be rewarded by an unexpected surge of energy and confidence.

Explore this in your yoga practice in Sandra Carson’s Love the Moment class where you’re encouraged to stop chasing the things that you think will make you feel better, or be better. By being in your body, following your breath and feeling deeply into your belly and heart, you can experience that everything you need and want is already here.

4. Take (baby) steps to reveal who you really are

Imposter syndrome revolves around the fear of being ‘found out’. The fear that one day the ‘real you’ will be unmasked and everyone will gasp in horror, before running fast in the other direction. They won’t. But I’ve found that it can help to share your insecurities with a select few people, those that you feel safe being 100% you with. So that when the imposter strikes, you can hash it out together and reframe your self-image from the perspective of another person. You don’t have to lay yourself bare to the world at large, just to a few people you trust.

As shame and vulnerability guru Brené Brown says, ‘Authenticity is the daily practice of letting go of who we think we are supposed to be and embracing who we are.’ When we learn to be realistic about who we really are, imposter syndrome is given little room to thrive.

5. Watch out for social media (again)

Yes, we know it, but yes, let’s keep reminding ourselves. For all its undoubted benefits, social media needs to be approached with extreme caution. Constant scrolling encourages us to compare our (sometimes shitty) realities with everyone else’s highlight reels. Even though we know that we are not seeing the whole picture, it all too often leaves us with feelings of inferiority – the perfect fodder for imposter syndrome.

And then there’s posting. If you try to portray an image on social media that doesn’t match the reality of who you are, it will only heighten your fear of being unmasked as a fraud. Social media encourages us to showcase the things that we want other people to see (look at my cute baby! look how badass this outfit is! look how on-the-pulse I am in reading this book!) but to keep a furtive silence about our day-to-day reality (my baby is eating crackers off the filthy kitchen floor and I’ve just had another tearful meltdown about the awfulness of lockdown).

Although we know that these experiences are often the reality for others too, we still tend to take their social media profiles at face value, whilst feeling guiltily detached from the public persona we are presenting to the world. As the UK organisation Action for Happiness points out, one of the biggest causes of misery is the way we chronically ‘compare our insides with other people’s outsides’.

6. Remember you are in good company

The International Journal of Behavioral Science estimates that 70% of us will experience imposter syndrome at some point in our lives; it’s a common and normal response to living in a world where we are under constant pressure to achieve. Michelle Obama, Tom Hanks and Tina Fey are just a few among many famous names who claim familiarity with it. After publishing her 11th book, the brilliant Maya Angelou confessed that every time she wrote another, she’d think to herself: ‘Uh-oh, they’re going to find out now. I’ve run a game on everybody.’

There’s a comforting solidarity in realising that we nearly all struggle with some variety of self-doubt, of not-enoughness, of impostering in our own lives. Of course we can never know the ins-and-outs of what’s going on in other people’s heads (and thankfully, nor them of us) but I think it’s also safe to say that, at some level, we all struggle with simply being human. It’s not an easy gig. So rather than viewing success and ease as things achieved by ‘everyone else’ but never by us, let’s recognize how much common ground we share in our vulnerabilities.

Just remember – most of us are winging it, most of the time.

Jo MatthewsJo is a freelance writer, poet and copywriter, a coach in training and a new(ish) mum. Originally from Oxford, she now lives in Amsterdam. You can find out more about her at jo-matthews.com
Follow
Self inquiryself-care
Play
Pause
Connect
Support
About
Apps