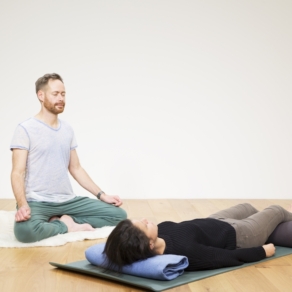 Enables transformation through a state of deep relaxation 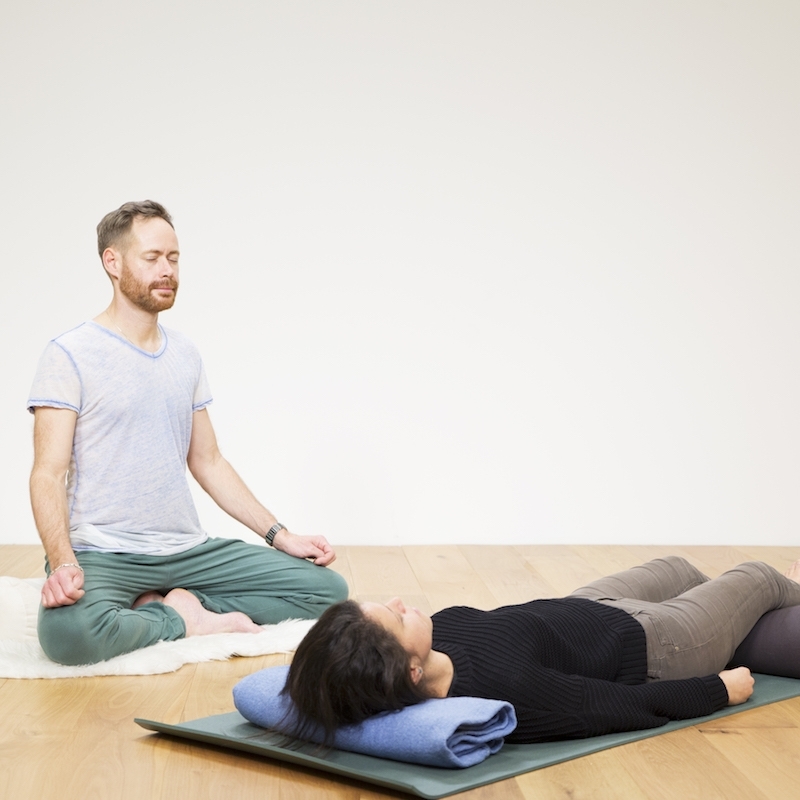 Yoga Nidra is also known as “yogic sleep” or “effortless relaxation”. It can be described as the conscious state between wakefulness and sleep, allowing deep relaxation and a sense of wellbeing through awareness and the welcoming of all that is present.

Yoga Nidra is an ancient practice originating in India. Its roots can be traced back to Sankhya philosophy (first written down around 700 BC but dating back to around 1000 BC through verbal teaching). These early teachings were practised and expanded upon over the centuries through the non-dualist philosophy of Advaita Vedanta and the Tantric teachings of Kashmir Shaivism.

Yoga Nidra continues to evolve. Clinical psychologist Dr Richard Miller has developed the iRest system of Yoga Nidra as a therapeutic practice used in settings such as hospitals, prisons and clinics for war veterans.

As mentioned above the philosophy underpinning Yoga Nidra started with Sankhya philosophy – a dualist philosophy which taught that there was separation between the witness (purusha) and that being witnessed (prakriti) such as thoughts, objects, feelings and other beings. Sankhya taught that the key to happiness was to become aware of this dualism.

Centuries later the philosophy of Advaita Vedanta and the Tantric teachings of Kashmir Shaivism developed this to say that these “objects” we experience are not, in fact, separate but are a projection of our witnessing and that we are connected to them. By exploring objects in our awareness we can experience this connectedness – these are non-dualist philosophies.

Read more from Yoga Nidra teacher James Reeves in What is Yoga Nidra?

Yoga Nidra is a form of deep relaxation where the practitioner’s body is completely relaxed and the teacher guides them with verbal instructions. A typical session lasts 30-45 minutes. It is most often taught with the student lying down being guided by a teacher. The teacher will guide the student through several stages.

It starts with developing concentration, asking ourselves what we want from life and setting intentions for the practice. Meditations on the body and the breath help to create an inner resource to bring a sense of wellbeing.

The teacher then guides the student to focus their awareness on breath, sensations in the body, emotions and thoughts – all the while observing these as a witness and welcoming what comes without getting caught up in the thoughts and sensations.

This develops “witness consciousness” – the understanding that we are more than our thoughts and recognising ourselves as the one who is aware (the witness).

Yoga Nidra can be practiced and taught on its own or you may find short Yoga Nidra practices used in the end of a yoga class during Savasana.

The benefits of Yoga Nidra

It can be practiced by anyone; no previous yoga or meditation experience is needed although the benefits will be greater with practice. It is ideal for people who struggle with letting go in meditation and is beneficial for people with sleep deprivation, anxiety and depression.

iRest Yoga Nidra, developed by Richard Miller, has received significant attention from the scientific research community. It has been shown to have benefits for clinical populations such as war veterans with PTSD, substance misusers and people with certain physical and mental health conditions effectively reducing:

For more about research on Yoga Nidra visit the iRest website 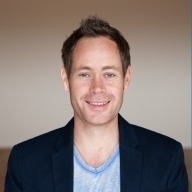 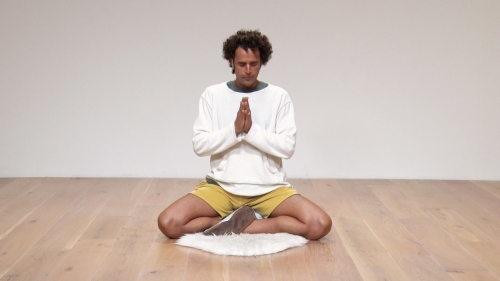 40:22
Yoga Nidra - Seven pearls of light
David Lurey
Yoga Nidra Meditation
Set the mood in a warm, quiet, nicely scented place. Turn off your phone and remove any distractions. Lie down, cover yourself with a blanket and be guided by David through this Yoga Nidra practice. After a body scan, David will guide you towards seven points of light… inside and all around...connecting you to the universe.
All 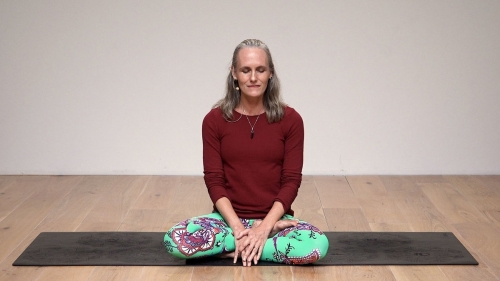 31:06
Yoga Nidra for inner awareness
José de Groot
Yoga Nidra Meditation
Would you like to deeply relax, gain inner awareness and remove unwanted habits and tendencies? Then this Yoga Nidra class is for you. In this tantric practice, you will deeply relax into a state between external awareness (consciousness) and sleep (unconsciousness). You will bypass the intellectual mind and tap into a deeper consciousness. Being in this state allows you to direct the mind to accomplish anything, receive intuition, inspiration and discoveries - which all comes from your true self. Whether this practice alone can give you all of this, it's difficult to say! But be open and try not to fall asleep while following the instructions given. (Not falling asleep is also a practice, so it may take some time!) Make sure you are comfortable lying on the floor and dressed warmly enough. I am just beginning to offer Yoga Nidra so I'm curious to hear your comments. I hope you enjoy it.
All 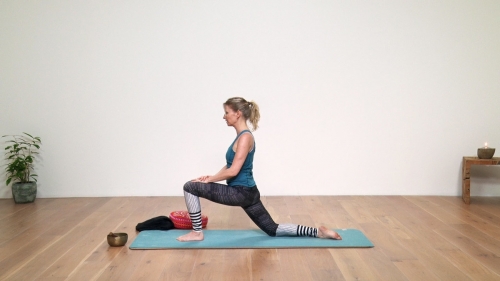 45:04
Reset with Asana, a shake out and Yoga Nidra
Esther Ekhart
Yoga Nidra Hatha
Come back to a more functional way of being with this signature class from Esther. We mobilise the body with gentle asana, we breathe and shake it up and out to release stagnant energy, and we end with a deep, restorative and healing Yoga Nidra. A wonderful, all-round reset! 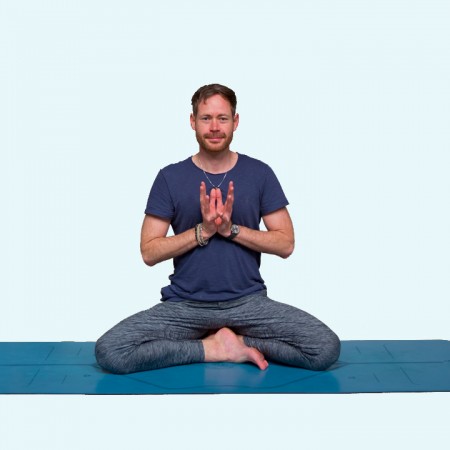