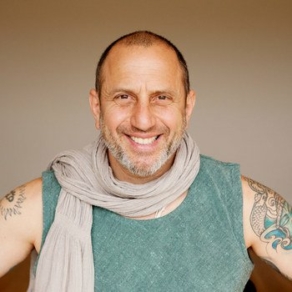 Raghunath – born Ray Cappo – was a Lower East Side hardcore/punk singer-songwriter icon, touring the globe in his teens. In a decadent music scene infested with hard drugs, negativity and intoxication he was an anomaly, propounding clean living, a positive attitude and a vegetarian lifestyle, inspiring tens of thousands of fans internationally.

Since his youth, he’s been fascinated with Eastern thought and took his inspiration from Emerson, Ghandi, Thoreau, The Bhuddhist Sutras, The Bible and the Bhagavad Gita.

He started practicing yoga in NYC in 1987 with the esteemed Sri Dharma Mitra as well as Shivananada Yoga. The “pettiness” of the business of music and the untimely death of his father led him to India in 1988 where he dove deeper into the lifestyle and spirituality of India. He became a celibate monk at a Krishna Bhakti Ashram for 6 years where he intensely studied, meditated and lived the ancient yogic texts. In 1991 in the sacred village of Vrindavan he was awarded the name Raghunath and two years later in that same holy town awarded diksha or the sacred thread, for his study.

Now, many years later, Raghunath is an accomplished yogi in many styles. Married with four children he leads retreats, workshops and yoga teacher trainings especially in Los Angeles and New York City. 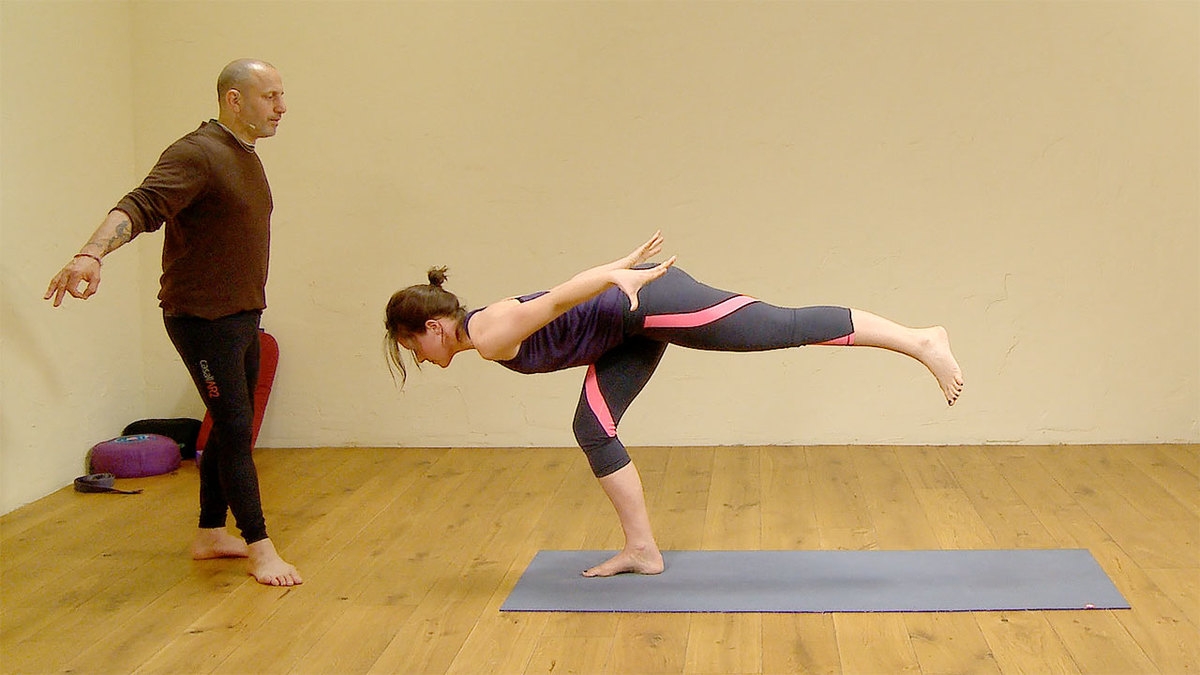 31:42
Strong and Open
Raghunath Cappo
Vinyasa Flow
Who wants strength without being open? That paradigm is old and didn't serve us. Yes, we want strength but we want freedom in our body as well. Muscle shouldn't be a burden, it should enhance our lives. This class on one level is core conditioning, but uses yoga fundamentals to make sure we're not building muscle in an inappropriate way that doesn't serve our ultimate wellness. There is no fitness unless we are open and at peace in our bodily frame. In this class you get it all and in only 30 minutes! Part of the 30/30 Yoga Challenge program
2/3 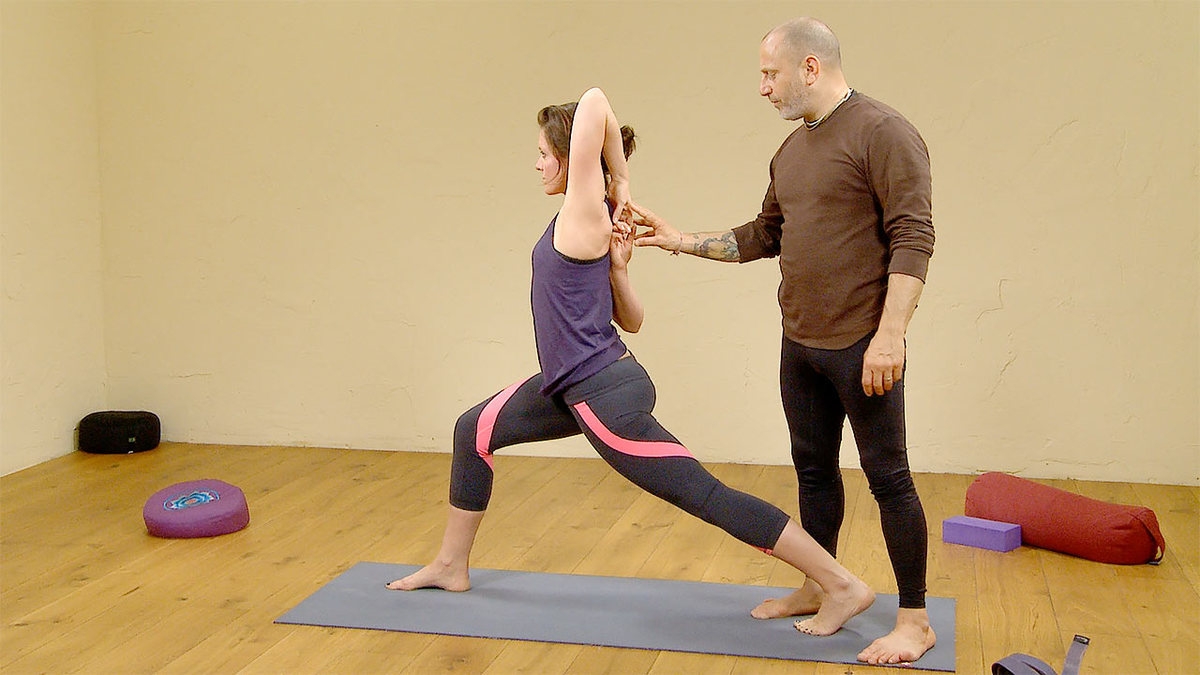 29:40
Shoulders unlocked and strong
Raghunath Cappo
Vinyasa Flow
Sometimes in the name of athleticism or even neglect the shoulders and back become locked up and rigid. Raghu uses this as his focus to help us release the locks we've created while strengthening them in a healthy and liberating way. He also throws in a healthy dose of challenging balances, a few inversions for those who want it, and some back bending. This is a healthy balanced therapeutic recipe for wellness and strength.
2/3 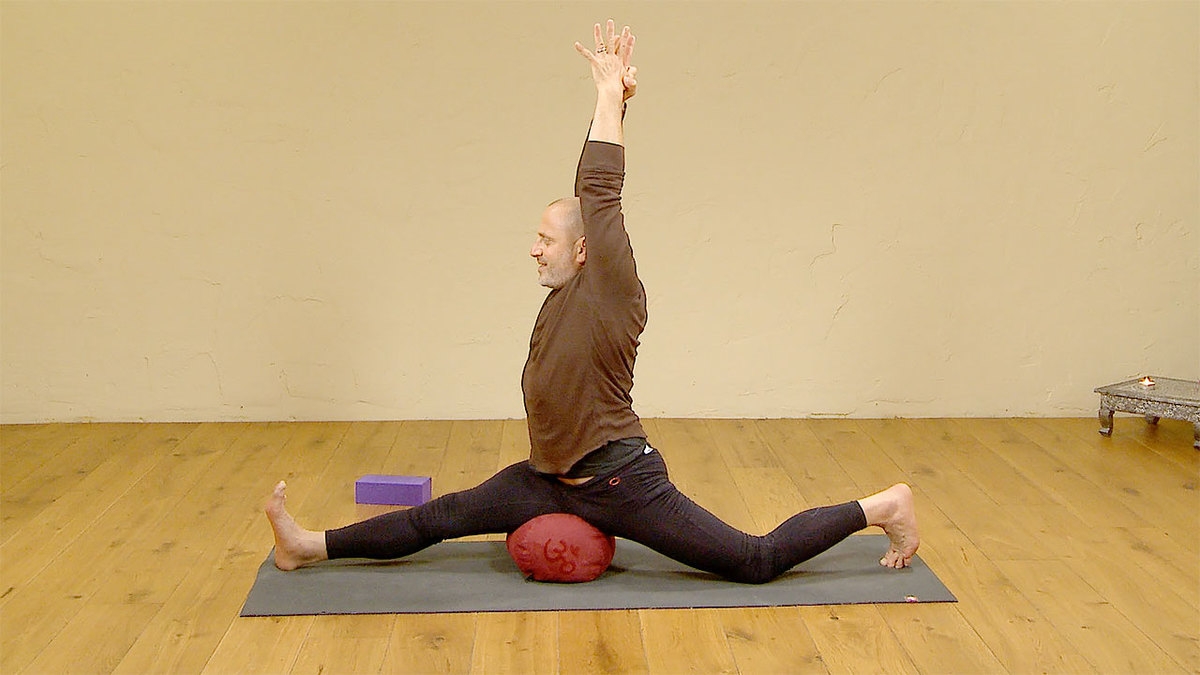 32:03
Strong like Hanuman
Raghunath Cappo
Vinyasa Flow
Here's a strong 30 minute class guaranteed to unlock your tight legs, hips and hamstrings through a series of asanas building up to Hanumanasana or what we call in the west a square hip split.  Don't let that intimidate you. Raghu breaks it down for all levels so you get the benefit of building towards this peak pose which is both therapeutic and liberating. If you feel like "oh I got this!" Raghu throws in some extra tricks for you.
Play
Pause
Connect
Support
About
Apps