What is polyvagal theory and how can we apply it to meditation?

How understanding the three response states from polyvagal theory can help us prepare for meditation. 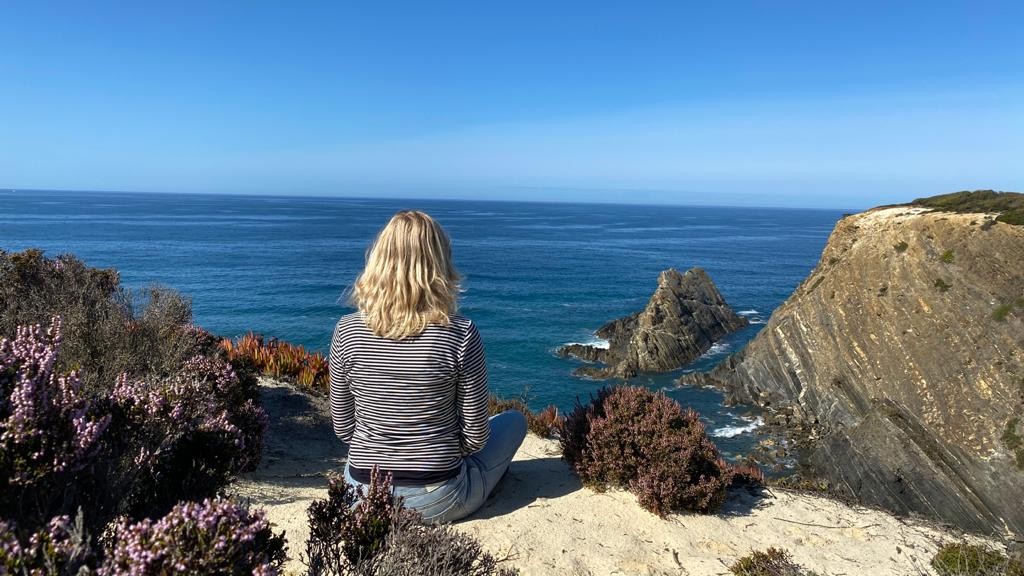 Polyvagal theory was introduced in 1994 by Professor of Psychiatry, Dr. Stephen Porges. It talks about how we have three distinct ways of responding to the world via our autonomic nervous system. These are:

In this article I’ll explain a little more about the three responses. Then we’ll look at how we can apply polyvagal theory to help us get the most benefits from our meditation practice.

A quick look at the nervous system

Our autonomic nervous system is an involuntary system in the body that controls functions of the internal organs and glands, including breathing, digestion, heart rate. It also helps us to read and react to threats of danger.

Our nervous system listens inside our whole body, inside our lungs, our heart, our digestion and our muscles to determine what’s going on. It also listens outside in the environment, and it listens between my nervous system and your nervous system. And then it decides, does this feel safe or unsafe? This is a process called neuroception and it happens without us even thinking about it.

Traditionally we think of it as made up of two parts working together with each other:

Polyvagal theory says that there is a third response of the autonomic nervous system involved with connection and safety and that there is a hierarchy of the three response states. He describes it like this in an interview with the Guardian newspaper:

“Polyvagal theory articulates three different branches of the autonomic nervous system that evolved from very primitive vertebrates to mammals… First, you have a system that is really an ancient one, which is death feigning or immobilisation. Then it has a fight or flight system, a mobilisation system. Then finally, with mammals, you have what I call a social engagement system, which can detect features of safety and actually communicate them to [one] another.” Stephen Porges in interview with Andrew Antony

Polyvagal theory and the vagus nerve

The dorsal part of the vagus nerve has connections below the diaphragm into the gut. It responds to danger signals and pulls us out of connection into the freeze response.

The ventral part of the vagus nerve, on the other hand, has branches above the diaphragm to the head, heart and lungs. It responds to cues of safety in our environment and social interactions. When the ventral vagal system is activated we feel a sense of being safe in our surroundings and interactions. We are able to feel connected and socially engaged.

So, according to Polyvagal theory we have three states of the nervous system and they activate in this order:

Part of the parasympathetic nervous system. This is the system of safety and connection. Let’s give the ventral vagal state the colour green so it’s easy to remember.

In this state we feel relaxed and safe enough to engage socially, we connect, we are present and we feel curious about life and joyful. We can move through the world in a way that feels safe enough.

We feel anxious, stressed and on high alert. This is a system of mobilisation. It protects us through taking action – escaping the situation or fighting our way out of it. Now mobilisation in itself is not a bad thing if it is used with the ventral vagal energy, for example when we do sports, yoga, play etc.. It’s just not helpful when that system goes into a state of defence unnecessarily. Let’s give this system the colour red.

The dorsal vagal system is also part of the parasympathetic system and is the system of immobilisation. When we’re in this state we protect ourselves through some form of freeze or dissociation. We shut down, we collapse, we get small, we stop feeling, or become heavy and depressed, we become numb. Just like mobilisation is not ‘wrong’, neither is immobilisation if it is working together with the ventral vagal connecting energy. This allows us, for example, to immobilise into a deep state of relaxation or meditation, and to relax into shared moments of intimacy. We also just want to keep our dorsal vagal system out of a state of defence when it doesn’t need to be there. Let’s give this system the colour blue.

Our responses are activated in that order. We go from our calm and relaxed state in the ventral system (green). When we sense threat (real or imagined) our defence state of fight or flight kicks in (red). If this doesn’t help us to deal with the threat our most primal defence response kicks in – the freeze/dissociation response (blue).

We have to come back up through the responses in the same order. Let me give you an example:

Moving through the nervous system responses

I’m in ventral (green zone) right now, and I’m having a good time writing this article. Even though I’m not physically there with any of you, it’s lovely to know that this article will help some of you learn something about yourselves. It helps me feel safe and connected.

If I went to a sympathetic state (red zone) because I felt stressed with a deadline for example, and I would notice it, then I would try to come back to ventral (the green zone) through bringing myself back in the moment, making myself realise all is well in this moment, for example by doing relaxing breathing exercises, gentle movement, or a Yoga Nidra class.

But if I went all the way down to dorsal (the blue zone) in a state of defence to that disappearing, immobilised, shut down place, in order to come back and come into connection with myself and life again I’d have to mobilise my system in some way (come back up through the red zone). For example through a stronger practice of yoga, or shaking it out which is my preferred option.

How does polyvagal theory relate to meditation?

We can’t always enjoy the benefits of meditation when our nervous system feels challenged. When our autonomic nervous system is in a state of defence, it is not even always possible or even helpful to meditate.

When you’re aware of the 3 states of your nervous system you can learn to recognise which state you are currently in and also what you can do to come back to a place of safety, from which you can actually enjoy the benefits of meditation.

Ask this question before you meditate

So before you begin your meditation practice I want you to inquire into your body which of the zones you are in so you know if it will be beneficial for you to do something else before you prepare to meditate. Ask yourself:

What colour zone am I in now?

Are you in the green zone, the ventral vagal energy?
Then you are fine to start your meditation straight away.

Are you in the red zone, is your nervous system in defence mode?
You may need to use some techniques to relax yourself first. Try slowing your out-breaths, or do some gentle movement to unwind from the tension and stress in your system and then meditate. In the red zone a meditation will sometimes also be just fine, with the intention to let it relax you.

Are you in the blue zone, in the defensive mode, the dorsal state?
In this case you have to go back through the red zone to get to green. To do this you have to really mobilise your system through movement, like shaking your body.

When you ‘shake it out’, put some real effort in it. Shake your hands, arms, waist, buttocks, legs, and a good all body shake. Jump around a bit. (You will look silly, it’s ok). Breathe in deep a few times and exhale with a big sigh, make some noises. Then afterwards, do something to calm your system back down, a few deep slow breaths letting the exhalation calm you down again.
Now you are back in the green zone, ready to meditate and you will be able to enjoy its benefits to the fullest.

I hope this makes sense to you all,