The Psoas, Iliacus, Quadratus Lumborum and Piriformis – connecting the back and hips

Many people struggle with tightness, weakness or general discomfort in their lower backs or hips. We take a look at four muscles for some answers... 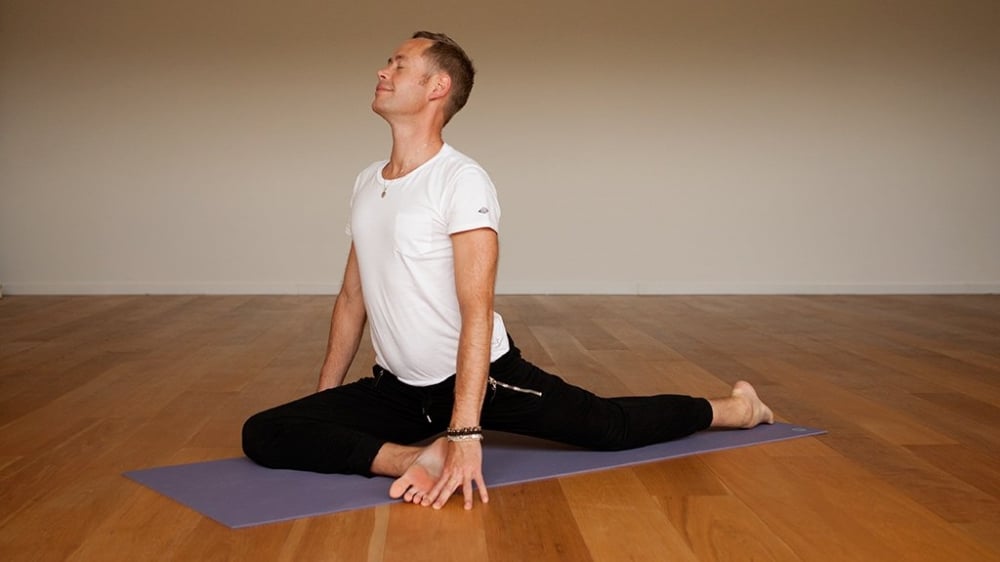 The connection between the lower back and hips

One of the major reasons for these issues in the lower back and hips (other than from accidents, trauma or structural design from birth) is that most people live their lives in the forward flexion portion of the sagittal plane – sitting, driving, walking, running, cycling, rowing, couch surfing, etc.

Because of this constant state of forward flexion, muscles that hinge the body forward at the hips get tight, shortened and weak and muscles that want to take the body back into a neutral position of upright extension become tight and weak from overworking, overtrying and essentially, failing at their job.

Let’s consider how these muscles and the deep muscles of the hips are affected by these actions, reactions and failures.

When we talk about tight hip flexors, tight or weak or twinging lower back muscles (when extending to neutral upright), and weak lower back-hip integration (Sacrum-Iliac joint pain and instability) it’s helpful to consider the relationship between the four deep muscles that connect the spine to the pelvis and femur:

The relationship between these four fascinates me: Do these four muscles get along? Do they support each other, like a family, when one becomes tight, shortened and weak? Or is there a bully mentality, each one wanting to be stronger and more favoured, sabotaging the others to be the triumphant winner?

Do these four muscles get along? Do they support each other, like a family, when one becomes weak? Or is there a bully mentality, each one wanting to be stronger, sabotaging the others to be the triumphant winner?
SHARE QUOTE

Muscles that are tight (locked SHORT) from repetitive forward flexion: the psoas and iliacus.

Muscles that are tight (locked LONG) from repetitive forward flexion: the QLs

Quadratus Lumborum
(deep spine extensor to neutral when both are working)

Like a relationship between two people that may need a bit of counselling to regain balance, the simplest dilemma in this region of the body is that the iliacus and psoas (known together due to their combined insertion on the femur as iliopsoas) are tight and weak from overflexing and the quadratus lumborum are tight and weak from trying so hard to bring the body back upright to neutral.

The answer here is as equally simple: stretch and strengthen these pairs (agonists and antagonists) with backbends and quadricep stretches.

Unfortunately for most of us the dilemma is much more complicated than this.

How it gets complicated

The fourth muscle in the equation: The piriformis

When the psoas is tight it pulls the lumbar vertebrae into a deeper lordotic curve. This lifts the sacrum and ilium into an anterior tilt.

This can lead to tightness in the quadratus lumborum and strain on the piriformis, which attaches from the sacrum (lower fused part of the spine) to the femur (thigh bone) and is responsible for external rotation of the hip.

When the piriformis is tight

It pulls on the sacrum (SI Joint issues may arise), can pinch the sciatic nerve, and can cause iliotibial band tightness, due to the increase workload of the tensor fascia lata to bring the femur back to neutral with internal rotation.

When the iliacus is tight

Consistently over time, it pulls the ilium (hip bones) forward and away from the sacrum, which leads to either SI joint pain and instability and/or opposite side piriformis tightness. This then leads to IT Band tightness due to tensor fascia lata trying to bring the femur back to neutral with internal rotation.

The struggle to compete

The constant struggle between these four muscles may lead to a permanent deformity in bones and the connective tissues that hold them together. This can result in compressed vertebrae and discs, twisted ilium, separated sacrum-ilium, knee, lower leg, ankle and feet tortion/collapse, as well as compression, manipulation and pain to reproductive organs, intestines and the diaphragm (the major muscle of breathing).

To help prevent and correct these muscles, we need to stretch with postures such a triangle, supine hero, and constructive rest pose and strengthen with reconstructing exercises with weights and resistance bands

If not corrected in a timely manner, fascia – the continuous sheath of connective tissue that weaves around everything – will also start pulling and tugging in the direction of the tight fibres of ilipsoas, quadratus lumborum and piriformis, causing even more discomfort, deformity and pain.

A healthy relationship on the mat

The most effective way to support a healthy relationship between all four of these muscles is with the Constructive Rest Posture.

Resting in this posture for a lengthened period of time is key in order to allow gravity to be a help in softening and relaxing without unnecessary holding and tension. Happy and healthy these four muscles will be!

Practice in class with Jennilee! 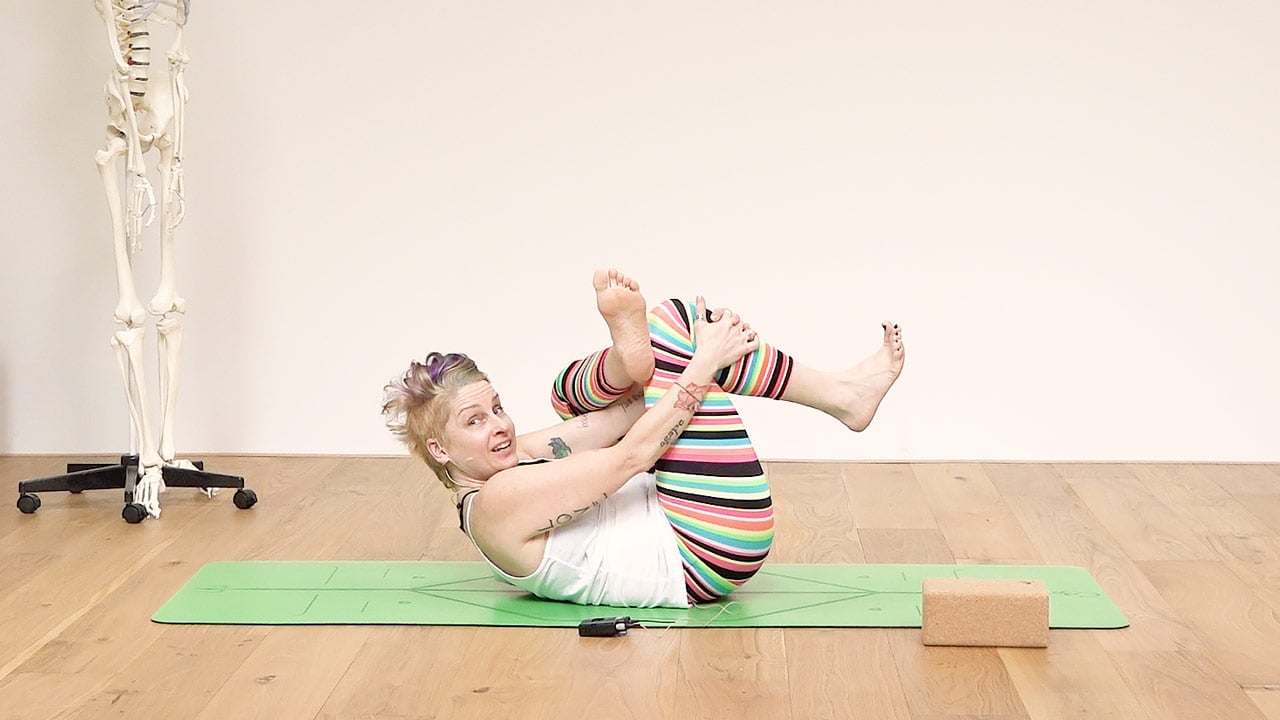 Put what you’ve learned into practise with this tutorial-style floor Hatha class, focusing on the four muscles discussed. This practice will have us strengthening, stretching and massaging the muscles of the lower back, hips and through the front of the belly – 50 mins, Hatha / Therapeutics / Jennilee Toner.

Jennilee TonerJennilee has the best job in the world…travelling the world and teaching four of her passions: yoga, human anatomy, injury prevention, and mythology of the asanas.
Follow
Lower backHips
Play
Pause
Connect
Support
About
Apps