Pilates and yoga are often compared as they are both practices for the mind and body. However, yoga is a centuries-old, spiritual practice, whereas Pilates is relatively ‘young’, having been created in the 20th century. Inspired by his background in athletic pursuits such as a martial arts, boxing, body-building and gymnastics, Joseph Pilates created a series of movements and exercises to train people to fight the problems of modern living.

Pilates was originally called “Contrology” by its creator who believed that in order to have a healthy body, one needed to have a healthy spine, both flexible and strong. All movements are meant to be performed in coordination with the breath, in a conscious and mindful way. Pilates helps to build strength, flexibility, endurance and stamina without overtaxing the body. The practice focuses on the ‘core’ (otherwise known as the trunk or torso) and the muscles that support the spine, hips, upper and lower back but it’s also a wonderful overall conditioning method that encourages the body to move as a connected whole.

Inspired by yoga, you will notice some similarities in the movement practices and shapes made, but the more significant differences are in the how and why of the movements.

Joseph Pilates believed that the key to physical health was proper breathing and repetitions of controlled, precise movements executed with mental focus and attention to alignment. Hence the 6 main principles:

Pilates and the spine

Many of the movements in Pilates are based on how to move the spine, which is why we think of Pilates as ‘core work’. However, the foundational work is about creating maximum uniform movement throughout the spine and then radiating out to the limbs. The focus on abdominal work ensures that we have the strength and flexibility to move our spine and limbs as a connected whole. 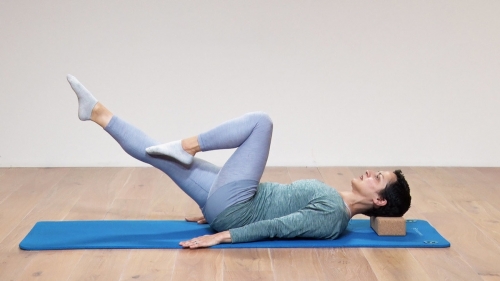 28:29
Catch the wave
Anna Levin
Pilates, Slow Flow
Dude, this totally tubular class will get you amped! We start the class with seated spinal waves that continue as a theme throughout, with a substantial abdominal training as well. This cranking class will create space and movement from your head to your tail, all along the spinal column. Prepare to be stoked when you feel how mobile and fluid your torso will feel. No surfers were harmed in the making of this class.
1 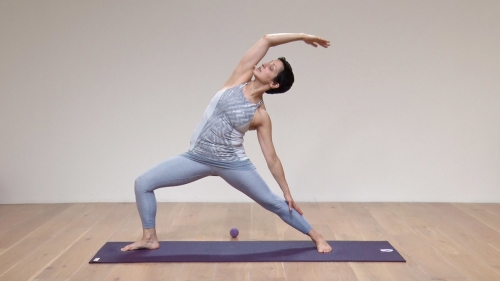 41:27
Find your inner bounce!
Anna Levin
Pilates, Vinyasa Flow
Try this class to explore your structural resiliency. We all hold a certain amount of (good!) tension in our bodies in order to support our posture and form. In this class, Anna playfully explores the range of supportive tension in the body in the body via traditional yoga asanas. You'll need a tennis ball or a yoga Tune-up ball to do the foot massage at the start of the class.
2/3 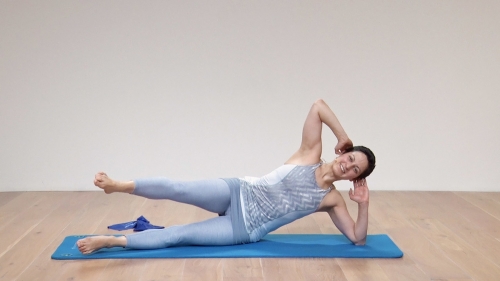 56:10
Teaser and the Can-Can!
Anna Levin
Pilates
In this class, Anna takes you through a semi-traditional Pilates flow that finishes with the grand finale of the Teaser exercise and the Can-can! Enjoy the challenge!
1/2 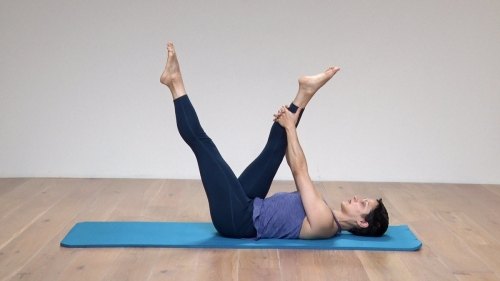 44:41
Pilates mini moves: Pelvic clock
Anna Levin
Pilates, Slow Flow
In this class, we review the Pilates exercise, the 'Pelvic Clock', and add other exercises into the practice to see how it changes the engagement of our core strength.